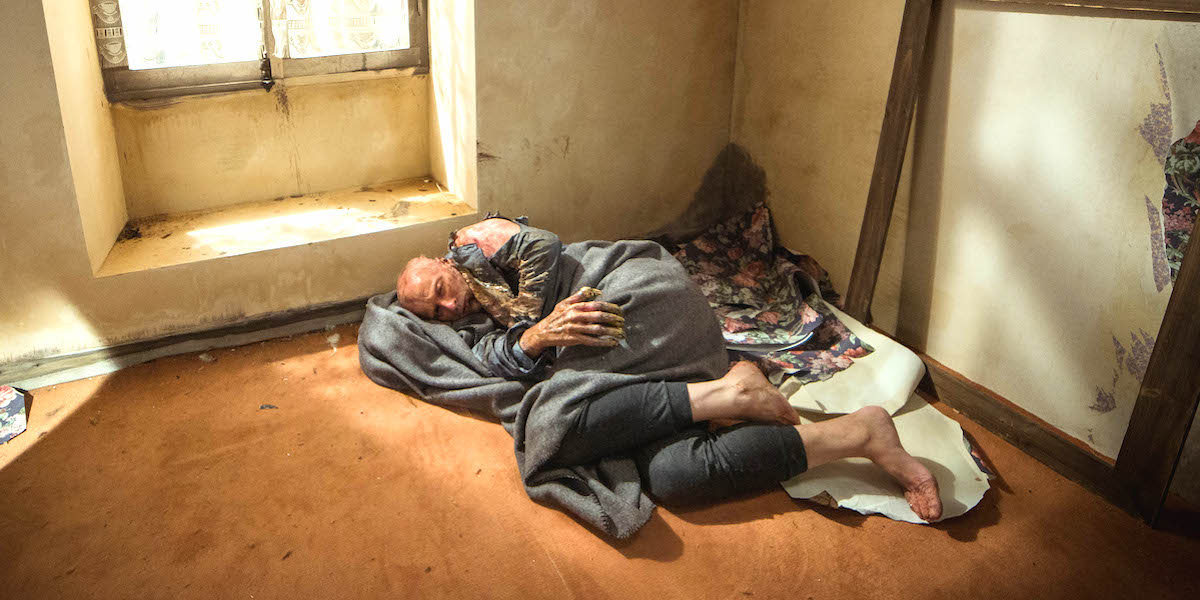 Short film by screenwriter / director Pierre Renverseau Zmiena, which was inspired by the classic story of Franz Kafka Metamorphosis, is currently touring the festival and racking up the awards, and today we are proud to share a EXCLUSIVE excerpt from the film ! You can check that out in the embed above, where the clip is followed by the trailer. The film is presented in French language and the video has English subtitles, but you can still feel the unsettling atmosphere of the film even if you do not understand the dialogue.

Described as “crazy, oppressive and intense”, Zmiena has the following summary:

Greg, locked in his room, watches his body slowly transform into something inexplicable and terrifying, while hearing strange calls coming from outside. A free adaptation of Franz Kafka’s new horror / drama classic, “Metamorphosis, Focusing on the one and only character Greg.

Greg is played by Rurik Sallé (Dead shadows), who also co-produced the film and composed the music.

The FX in Zmiena were provided by Jacques-Olivier Molon. The body mutations Greg undergoes in the short were accomplished without a single digital enhancement, it’s old school, effects and prosthetics on the high-level set.

The next stage of the festival for Zmiena is the Razor Reel Flanders Film Festival, the only Flemish genre film festival, which will take place from October 28 to November 6.

The movie poster can be seen below, along with some images of Sallé’s character.