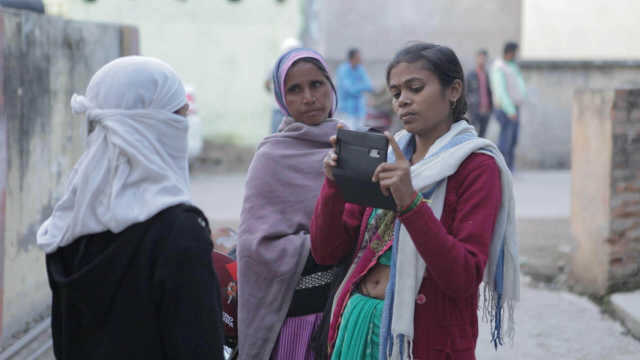 Writing With Fire, which premiered at the Sundance Film Festival earlier this year and won two awards there, was nominated for Best Documentary Film Producer at the 33rd Annual Producers Guild Awards.

Directed and produced by Rintu Thomas and Sushmit Ghosh, the feature documentary follows journalists at Khabar Lahariya, the country’s only newspaper run by Dalit women.

The Indian documentary was nominated alongside Ascension by Jessica Kingdon, The First Wave by Matt Heineman, Flee by Jonas Poher Rasmussen, In The Same Breath by Nanfu Wang, The Rescue by Elizabeth Chai Vasarhelyi and Jimmy Chin, Simple As Water by Megan Mylan and Ahmir Thompson aka Summer Of from Questlove. Soul (… Or, when the revolution couldn’t be televised).

Rintu Thomas shared the news of the appointment, saying she had to pinch herself to make sure it was real.

This is the first category of nominees announced by the PGA jury. The nominees for Outstanding Sports, Kids’ TV and Short TV Shows will be unveiled on January 13, 2022, while the highly anticipated nominees for Motion Pictures, Animated Theatrical Films, TV Series / Specials and TV / streaming movies will be revealed. January 27, 2022.

The PGA Award nomination increases a documentary’s chances of being nominated for an Oscar. Several winners in this category also won the Oscar. The guild has around 8,000 members who will vote on the categories; the awards ceremony will take place on February 26, 2022.

New feature ‘Harper’ is heading to select theaters for the Oscars qualifying race from December 15-22, 2021