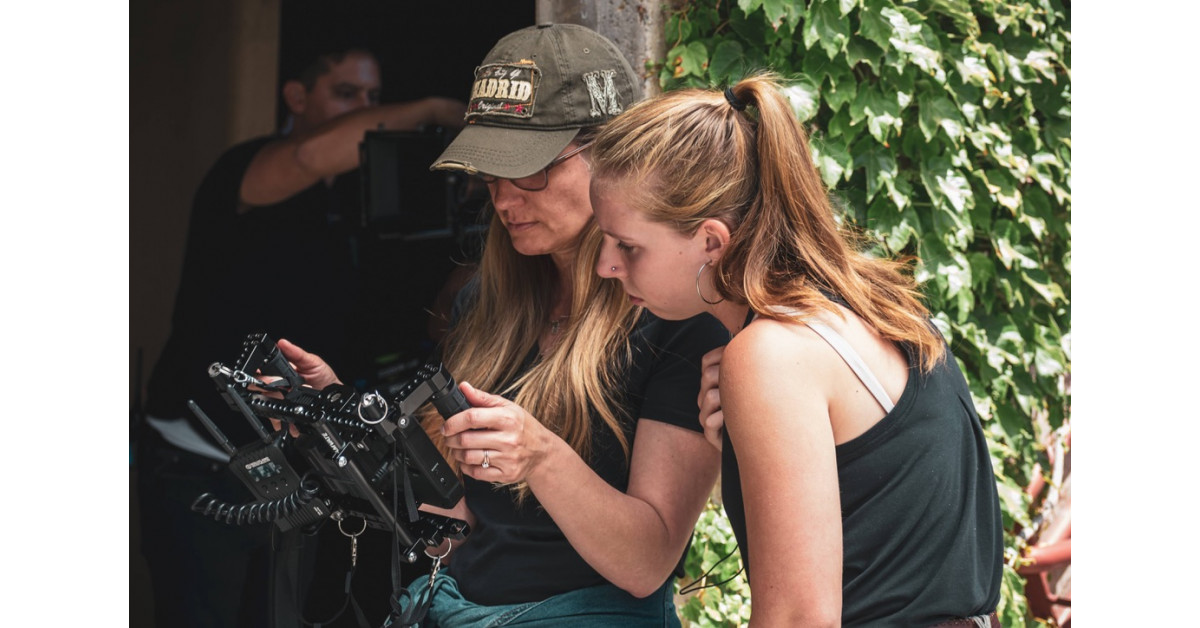 Professor George Simon, President of Communications Media, leads JPCatholic’s feature film programme. He announced the initiative last year as a way to bring feature film productions into the curriculum, giving students the opportunity to collaborate with alumni and faculty each year to bring a new film to life.

“This program is made possible by the talent, creativity and passion of our students,” he said. “Every day on set, these filmmakers set a truly remarkable standard of excellence and professionalism. We all knew it was possible to make a feature film with our students, but they didn’t just pull it off, they did it. ‘knocked out. from the park.”

As previously announced, the faculty of JPCatholic has selected O brawling love! from a pool of nearly 50 student and alumni positions. An original story by senior screenwriting student Bella Lake, the screenplay is about two rival theater students who are forced to reconcile their differences and play lovers of Romeo and Juliet in their latest play, up for an award. cash of $25,000.

The film was directed by former JPCatholic student Maggie Mahrt (’10), whose resume includes work for Disney Digital, Paramount Studio and NBC. In 2016, she was selected as one of eight women by the American Film Institute’s Directing Workshop for Women, through which she wrote and directed the award-winning short film Unbound.

Since January, students and faculty have been kept busy with lessons on story development and pre-production applied directly to project planning. Production ran from June 2 to June 28, mostly taking place during the break between the spring and summer term.

Several students also starred in the project, including acting head student John Howard who was cast as the male lead. He participated in the blind audition process with Mahrt and was selected from a pool of over 50 applicants from inside and outside the school. “Acting in a feature film was a big step up from acting in shorts,” he said. “It was a welcome and rewarding challenge.”

Once production is complete, Professor Melinda Simon will lead a team of students this term to edit the project. Like previous film stages, the post-production experience is a class that students take for credit. When the film is completed in late 2022 or early 2023, the university will seek distribution.

John Paul the Great Catholic University describes itself as “The Catholic University for Creative Arts and Business Innovation”, focusing on combining hands-on programs such as film, animation, graphic design, theater and business entrepreneurship with a Catholic liberal arts background in theology. , philosophy and human sciences. Started in 2006 in the Scripps Ranch community of San Diego, JPCatholic moved to a permanent campus in downtown Escondido in 2013 and has been accredited with WSCUC since 2015. JPCatholic operates on a year-round term system, students earning a bachelor’s degree in just three years.

More information can be found at www.jpcatholic.edu.

Suchitra Krishnamoorthi Opens Up About Her New Short Film “Veera”

Viaplay is adapting “Listen Up!” by Gulraiz Sharif as a major Norwegian feature film