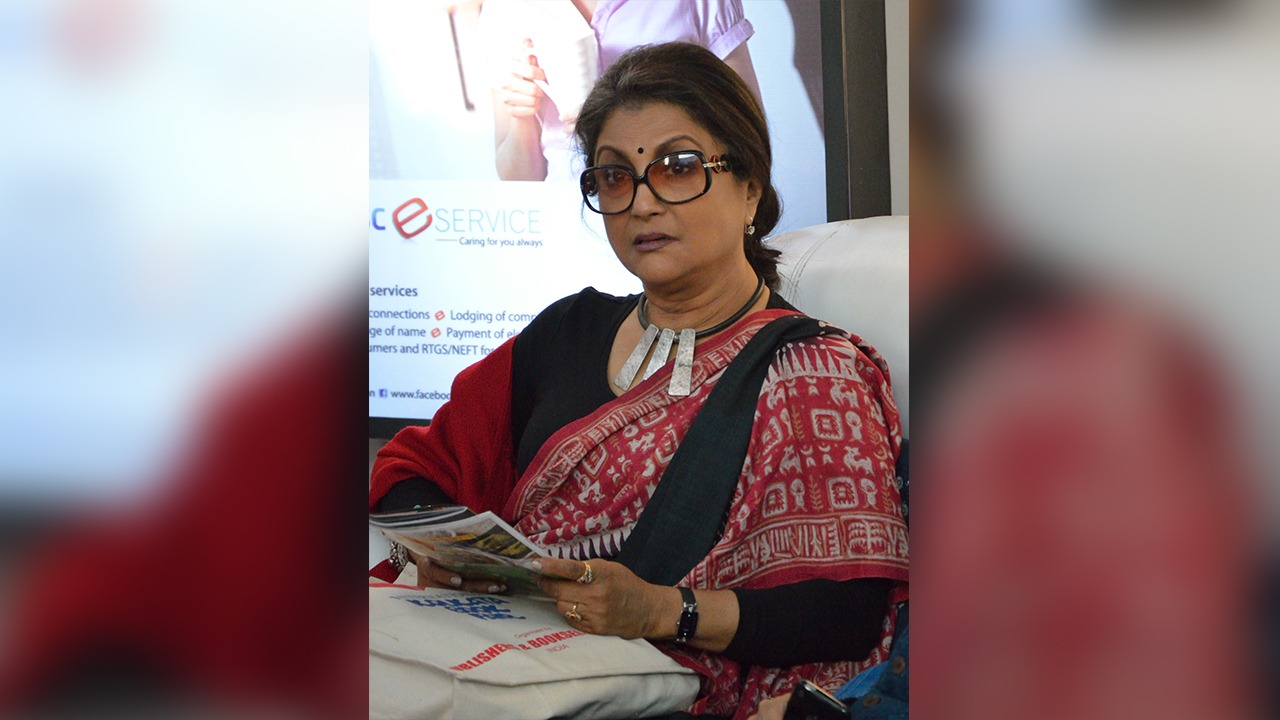 “The Rapist” is my first feature film in Hindi – Aparna Sen

Hi, how are you. No health concerns I hope?

No health problem except that I broke my knee. During the shooting of my last film Ghawrey Bairey Aaj. It will stay, I guess.

Yes, his film and mine were both based on the story of Rabindranath Tagore. Except that mine takes place in the present.

And now Rapistâ€¦ a rather provocative title?

Well, I wouldn’t say it’s provocative. Because it is about a rape and a rapist. I didn’t want to hide this fact.

Is the Rapist actually your first Hindi movie?

Well, I did a Hindi adaptation of Badal Sircar’s play in 2015. It was called Sari Raat. But it was a short film. So yes, The Rapist is my first feature film in Hindi. Language must occur organically. My first film 36 Chowringhee Lane had to be in English because the protagonist was an Anglo-Indian. Or Mr & Mrs Iyer one protagonist speaks Tamil the other Bengali. So in what language should they communicate. English, isn’t it? I no longer think language is a problem. Because all the movies have English subtitles. In addition, our genre of films is rarely seen by a rural audience. The gap between urban and rural audiences has become very clear.

I remember you had a hard time putting together a project in Hindi years ago?

Yes, it was a Gulel. It put me off Hindi movies and Hindi movie stars. Every movie comes when it needs to happen.

Were there any issues with the Hindi dialogue in The Rapist?

Not really. I understand Hindi, although I am not fluent in it.

Actually, you made movies in Hindi, I remember Vishwas and Imaan Dharam?

Yes, and for this film, I had an excellent Hindi dialogue writer, Hussain Haidry. You must have heard of him. Then we had all these slum boys playing slum dwellers. They were all very good actors. They spoke a language I had no idea about. I gave them the baselines and asked them to embellish the lines with passwords. Of course, Hussain was a big contributor. The particular flavor of Delhi that I do not know, was carried out by Hussain. He actually visited Delhi to get a feel for the dialect.

So in a way, putting the words into place was more difficult in The Rapist than in your Bengali films?

This is your first film with Arjun Rampal. How was he going to lead?

It was wonderful. You know, Arjun is so gorgeous that people tend to undermine his skills as an actor. He has a tendency to underplay which is perfect for the role. Arjun plays Konkona’s husband. He plays a Muslim. She is a Hindu Brahmin girl.

Do you anticipate trouble?

Not at all. They are all liberal in their vision, as we should all be.

When will we see The Rapist?

Afterwards he toured the Festival. My producers Applause Entertainment and Quest Films are the best people to decide on the release. I get along very well with Sameer Nair from Applause Entertainment. As also the other producer Quest Films. In fact Suchchanda Cahtterjee from Quest films came to offer me a short film in an anthology of four films. I declined and offered to make a feature film. The next thing I knew, I was telling him about The Rapist. The idea had inhabited me for ten years. She loved it so much that she wanted me to realize it right away. Then they tied up at another Applause Entertainment studio who asked me to come to Mumbai to tell the story. Initially, I refused.

I mean, they already had the synopsis. So why did they need me to tell them about the movie? Fortunately I did. Because we gave them the wrong synopsis. Sameer Nair loved the story. It was a pleasure to work with him.

Are you satisfied with the release of your film on the digital platform?

Even my previous movie Ghawre Bairey Aaj first had a theatrical release where it performed quite well. Then a few weeks later, it was released on the digital platform. It will be the same with The Rapist. You have to evolve with the times to stay relevant. For me, the platform doesn’t change anything. There is no point fighting against technology. At the beginning, when we went digital, I was still shooting on celluloid. Even The Japanese Wife in 2010 was filmed on cellloid. Today, digital technology is evolving so rapidly that celluloid would not be missing at all. I shot three or four of my films digitally. And I’m getting used to it. It’s more convenient. No worries about wasted images.

In a way, despite your impressive directorial repertoire, is your first 36 Chowringhee Lane film still everyone’s favorite?

This often happens with filmmakers. I mean Satyajit Ray made many masterpieces. But Pather Panchali is everyone’s favorite, isn’t he? Look, India is changing. I am part of this change. This is what is on my mind at any given time. My last film Ghawre Bairey Aaj was about the scarecrow of national Hinduism. I can’t do 36 Chowringee Lane today.