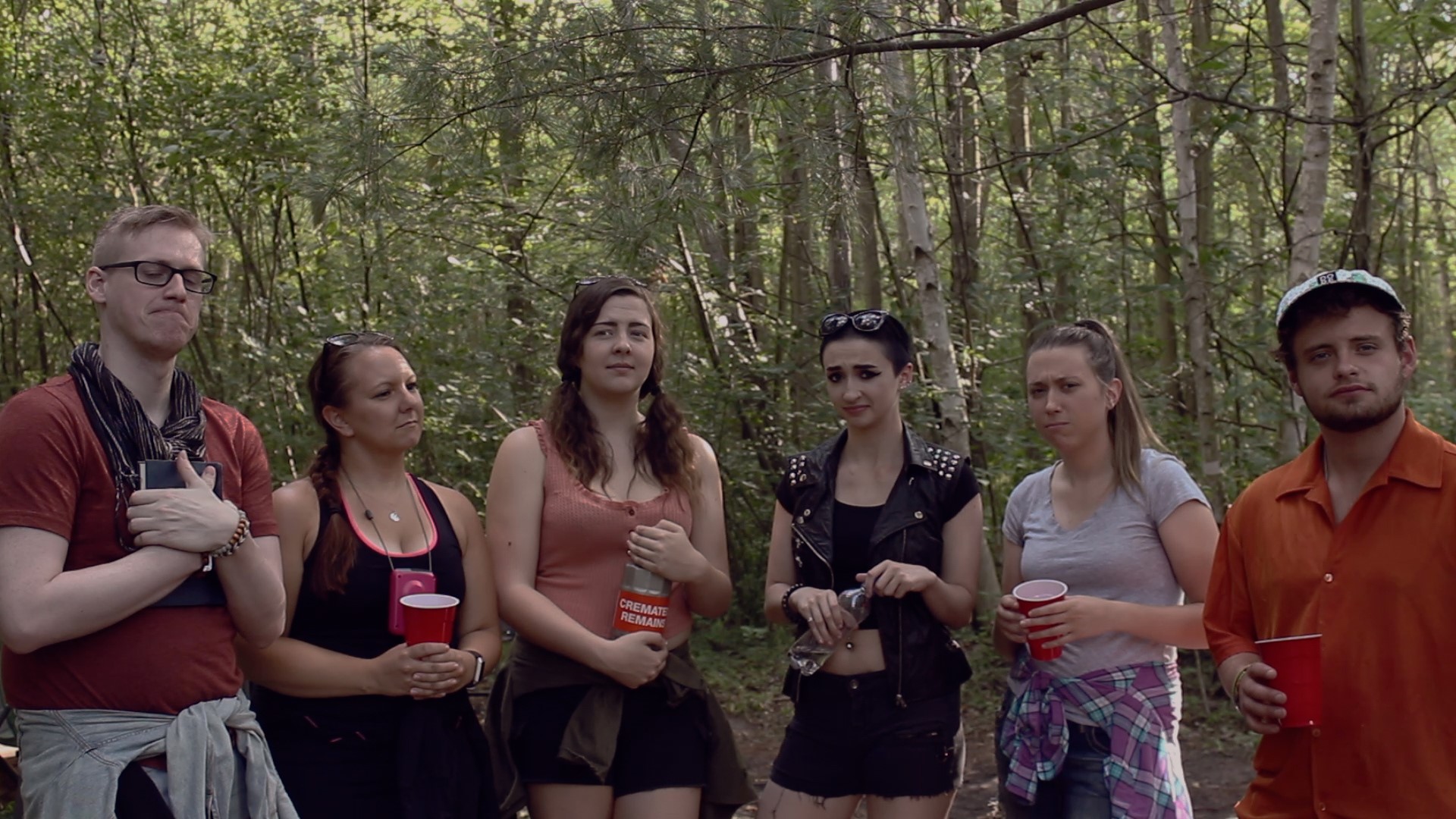 The Midlanders Produce Their First Feature “All My Friends Are Dead”

Guiles and Ginter began work on the film in July 2020, writing and producing it through their company, Gallows Productions. Guiles, who also directs the film, describes “All My Friends Are Dead” as a horror comedy anthology, with an overall story about a girl and her friends going camping to scatter her father’s remains.


More anecdotes come into play as friends feast on spooky tales, including a serial killer and a cult, among others.

“Every story has a nice twist,” Guiles said.

The duo came up with the idea for the film before the pandemic, revolving around a slasher movie on a campground. Once the pandemic began, they decided to adapt to an anthology format to allow actors to better share the actor commitment. The cast is the largest that Guiles and Ginter have worked with, as 20 people were involved, not counting the extras and the production crew.

With the silo, it was easier to break the timeline and the format allowed for more creativity, as characters from different shorts made appearances in multiple segments of the film.

“It’s really cool not just from a directing standpoint, making five different mini-movies, but from a writing standpoint,” Guiles said. “We had a lot of fun putting a lot of Easter eggs and seeing the characters appear from one short film to the next.”

The film was shot at various locations in the region, including the historic Bay City Masonic Temple, Old Hope Cemetery, and a 40-acre stretch of private woodland along the M-20.

“There are a lot of talented people and amazing places in the middle of Michigan. Being able to collaborate with people and places and broadcast something that people can watch… is really special to us, ”said Guiles.

It has been a long road to getting the movie on Amazon Prime. When Guiles first submitted “All My Friends Are Dead” to his contact at Amazon, his proposal was rejected because he was told Amazon was looking for a documentary series at the time.

Undeterred, Guiles left the film in the queue to be considered for processing. Some time later, he received an email telling him that the film had now been approved for release.

“I’m more proud of this than anything else because it legitimately went through the filter and made the cut,” Guiles said.

Guiles and Ginter hope it will be the first in a series of annual films, in collaboration with other filmmakers.

“We love the creative process. It’s really what drives us to do things we would like to see or even just foster ideas. Variety is the spice of life, ”said Ginter.

“All My Friends Are Dead,” rated for ages 16 and over, is available to stream on Amazon Prime Video. A live premiere of the film is scheduled for 6 p.m. on Saturday, October 30 at the Historic Masonic Temple, 700 N. Madison Ave., Bay City. Admission is $ 5; all proceeds will go directly to the historic Masonic Temple.