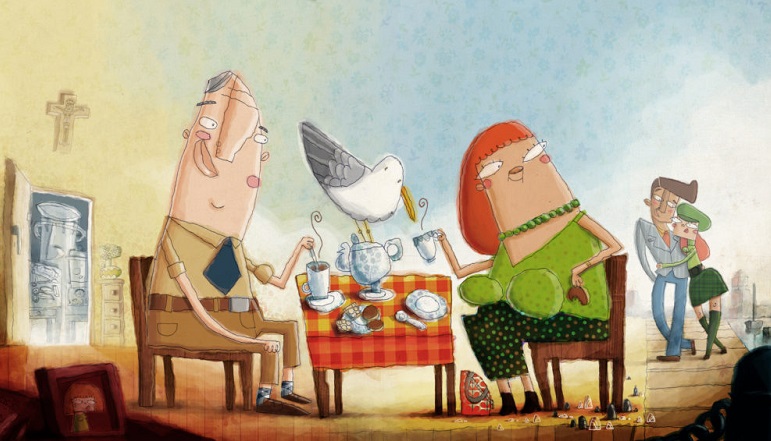 Wiggleywoo, a Dublin-based animation studio, has begun production on its first animated feature, Tea with the Dead, based on its award-winning 2014 release of the same name. The short aired on TG4 and won Best Animation at Raindance and Rhode Island and has been selected to screen at dozens of film festivals around the world.

The long-running new project is led by director, writer and designer Gilly and producer Susan Broe, co-founders of the studio.

Tea with the dead is described as “essentially Irish” due to its characters, storytelling, location, and language, but ultimately has a universal theme of heartbreak and love. The short film has touched audiences around the world and the same is expected from the film. The short film shares sad stories and hilarious, morbid moments, culminating in an ultimately uplifting ending. Frank Kelly (1938-2016), known for playing Fr. Jack in Father Tedvoiced the main character.

The feature will also have all of these characteristics and be a charming story that takes the viewer through the five stages of grief with the film’s hero, Frank Finnegan, punctuated by the stories shared by his fallen companions.

Frank is no ordinary embalmer, after disinfecting, embalming, washing and dressing the dead he does two more things, he makes them a cup of tea and then brings them back to life. They talk and laugh over tea and cookies before he puts them in their coffin and sends them on their way.

Colm Meaney (Star Trek: The Next Generation/Deep Space Nine, Layer Cake, Hell on Wheels) plays Frank Finnegan. Tea with the Dead will be released in the fall of 2023 and will be broadcast on RTE Television.