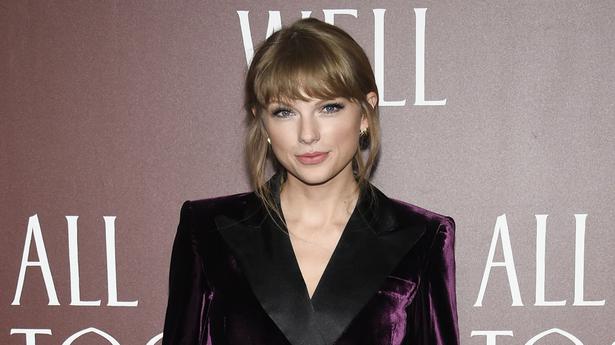 Taylor Swift says she would ‘love’ to direct a feature film

Following the screening of her short film “All Too Well” at the 2022 Tribeca Film Festival, pop star Taylor Swift said she would “love” to direct a feature film in her own right.

According The Hollywood Reporterthe multiple Grammy winner attended the film’s gala on Saturday to promote the 10-minute short film she directed based on her song of the same name which was released as part of her 2012 album ‘Red’ .

“It would be so fantastic to write and direct a feature film. I don’t see it bigger in terms of scale. I loved making such an intimate film with a really small group and a really strong group of people who I trusted,” Swift said in a chat with director Mike Mills.

The singer-songwriter also opened up about the process of making his short film “All Too Well,” saying it “started with interference.”

“It felt very natural to expand writing a song and visualizing it in my head to making a shot list and scripting it and choosing who we wanted to head up each department and who would help put this whole puzzle together,” Swift, who also directed the music videos for her songs “Cardigan” and “Willow,” said.

The 32-year-old singer said she started performing “almost out of necessity” on “The Man,” the song from her 2019 studio album “Lover.”

“My first instinct was to write the treatment, send it in. I wanted a female director to direct it. And all my favorite female directors were booked and busy, which is great. We love it. It’s fantastic. So I thought maybe I could do it? I found it incredibly fulfilling. She also touched on the challenges that female directors face.

“I am also extremely aware of my privilege when it comes to being a female filmmaker, because I was able to finance this film myself.

“I constantly have to be aware that while it’s a constant challenge for me to do something new, I also understand that it’s still extremely difficult for women to make films, and I always keep an eye out for this reality,” she added.