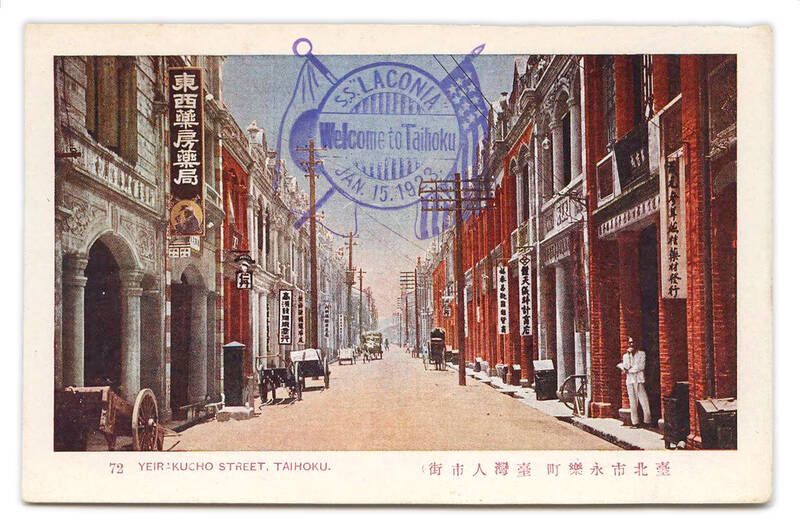 Premiered on September 11, 1925 at the Eirakuza Theater in Taipei, ‘Whose Fault Is It?’ was entirely produced by the local Taiwan Film Research Association, which was founded in April

Liu Hsi-yang (劉喜陽) was fired from his job at Niitaka Bank for starring in the first feature film set in Taiwan, Eye of the Buddha. At the time, it was considered inappropriate for him to moonlight as an artist, which was considered a low-class profession.

However, Liu caught the movie bug. A year after the film’s premiere in April 1924, he co-founded the Taiwan Film Research Association (臺灣映畫研究會) to pursue his interests and actualize his screenplay titled Whose Fault Is It? (誰之過).

Liu’s dream came true on September 11, 1925, when the association published an advertisement in the Taiwan Daily News (台灣日日新報) announcing, “The first purely Taiwanese film is born!”

Whose fault is it? took place over three days at the spacious Eirakuza (永樂座) Theater in the Dadaocheng district of Taipei. 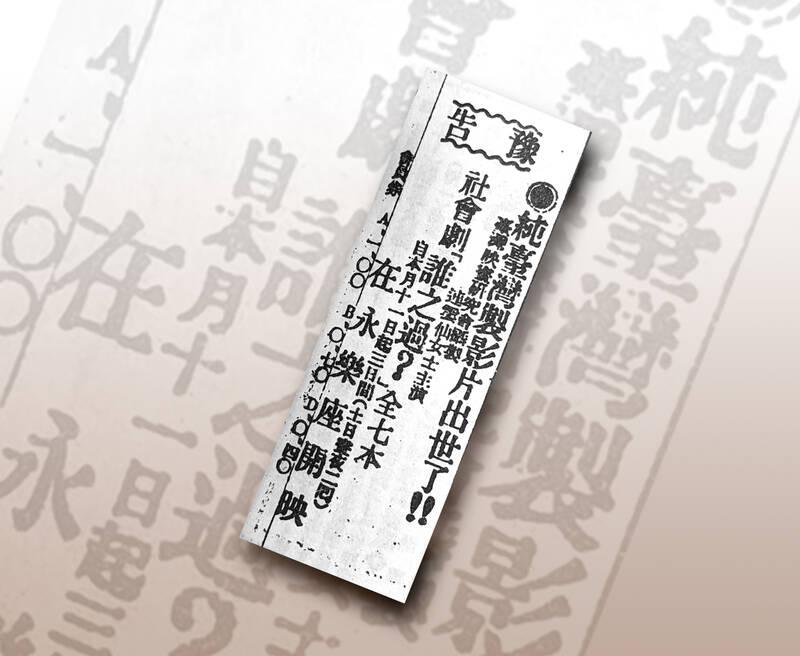 It was a box office flop and the association disbanded soon after. The only trace of the film’s existence is the advertisement and a short article presenting the film. Luckily for historians, the article provides a full plot synopsis that contains major spoilers, including the ending.

Local enthusiasts continued to dabble in movies over the years, but according to the late historian Chuang Yung-ming (莊永明), the first commercially successful endeavor did not come until 1938 with Longing for the Spring Breeze (望春風), which also created in Eirakuza. 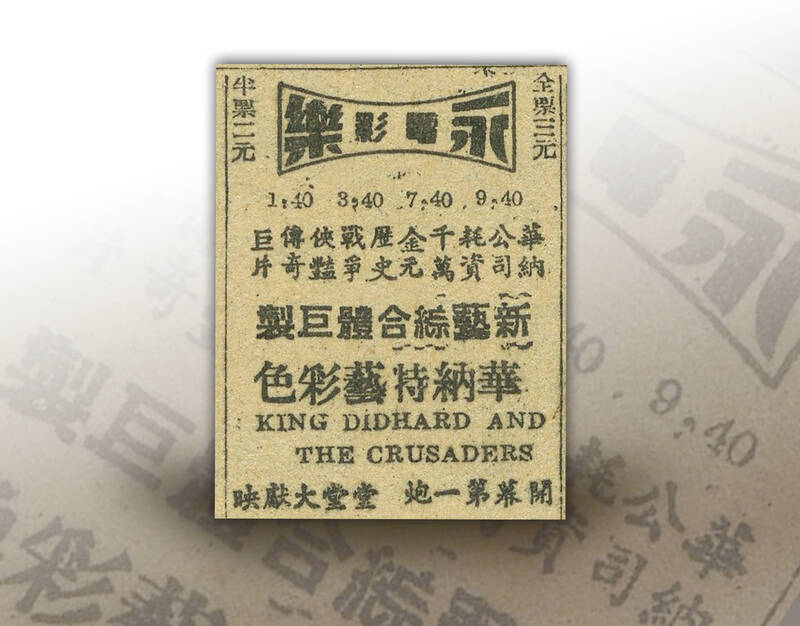 Chuang writes that the colonial government began developing a local film industry around 1921 to promote Japanese values ​​and culture.

Previously, the Japanese had produced several documentaries about Taiwan to introduce the colony to the homeland and foreigners, including a 1907 series that covered the entire island.

Eye of the Buddha was the first attempt at a feature film, which began filming in 1922. Directed by Kaneyuki Tanaka, the story was set in Dadaocheng, and although the main actors were Japanese, it featured a large Taiwanese supporting cast .

Again, the local paper’s synopsis of the movie revealed the whole plot, which would be a huge no-no these days. The article on Eye of the Buddha was so detailed that it was split into two parts and aired on consecutive days. In short, a rich and powerful official tries to force a beautiful young woman to marry, a genius sculptor comes to her rescue and the official ends up repenting in front of a huge statue of Buddha and commits suicide. It’s not hard to see where Liu got his inspiration for Whose Fault Is It?

Taiwan’s next film, The Heavens are Cruel (老天無情), premiered in the four-story, 1,500-seat Eirakuza Theater, which opened in February 1924 on what is now Dihua Street to much fanfare. . The best known of its co-owners was the tea magnate Chen Tian-lai (陳天來).

Taiwanese intellectuals living under Japanese rule often considered China their homeland, and the theater invited a Shanghai Peking Opera troupe to perform on its opening day.

The space mainly featured traditional Taiwanese and Chinese performances and plays, only showing occasional films. There was also a Western-style house band.

Eirakuza was also a popular place for Taiwanese political activists to give speeches and hold rallies, and the funeral of democracy pioneer Chiang Wei-shui (蔣謂水) was held here.

Released on the big screen in September 1924, The Heavens are Cruel was financed by the Taiwan Daily News. It was a mostly Japanese production with a single Taiwanese actor, but one of the producers was Lee Shu (李書), who would serve as cinematographer for Whose Fault Is it?

FLOW AT THE BOX OFFICE

The group met regularly at Lee Yan-shu’s office, focusing on making Liu’s script for Whose Fault Is It? They studied films imported from China, and Lee Shu even traveled to Shanghai to hone his film development skills. Liu and several members took the director’s seat.

“The men and women of the Taiwan Film Research Association enthusiastically researched [the art of filmmaking] …and our actors’ expressions became quite natural,” the Taiwan Daily News article states. “We are pleased with the results of our on-location filming, and the lighting for the film is brilliant.”

He specifically mentions lead actress Lien Yun-hsien (連雲仙): “She is agile and graceful, and has a rich range of facial expressions. Her every move is convincingly real, and her skills are on par with actresses in China. In fact, it may be even better.

It’s unclear what happened to Liu after the disappointing reception of Whose Fault Is it?, and there would be only three more Taiwanese-produced films for the rest of the Japanese era, according to a doc. National Library of Taiwan. It was also Lien’s only film credit.

In 1954 he began showing films regularly, first showing the Hollywood blockbuster King Richard and the Crusaders, which was also a critical disappointment.

However, the old theater could no longer keep up with the state-of-the-art movie theaters that sprung up in Taipei over the years, and it closed in May 1960.

Taiwan in Time, a chronicle on Taiwan’s history published every Sunday, highlights important or interesting events in the country that have anniversaries this week or are related to current events.

Comments will be moderated. Keep comments relevant to the article. Remarks containing abusive and obscene language, personal attacks of any kind or promotion will be removed and the user banned. The final decision will be at the discretion of The Taipei Times.