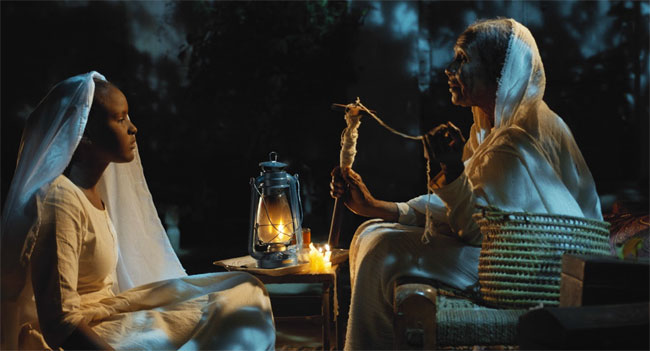 Al-Sit, a live-action short is a three-time Oscar qualifier having won top prizes, including the Grand Prix Award at the Tampere Film Festival.

Al-Sit is a three-time Academy Award-winning short film, including the Grand Prix Award at the Tampere Film Festival. The profound work, which received its international premiere in Clermont-Ferrand, attempts to free itself from well-established and impenetrable traditions of thought, and secures the writer, director and producer that of Suzannah Mirghani position as an important voice in female-led cinema.

The Sudanese / Qatari production, which also triumphed at the LA Shorts and Bronzelens Film Festival, has now been shortlisted for screening at over 100 festivals, including 29 Oscar qualified. It tells the story of Nafisa, a teenage girl from a Sudanese village who, despite having a crush on someone else, is facing an arranged marriage. Her grandmother, the powerful titular matriarch, has her own plans for Nafisa’s future. Can Nafisa choose for herself?

Mirghani graduated in Media Studies and Museum Studies. Sudanese and Russian mixed race, she is interested in stories about the complexity of identity. His latest short film is the experimental Virtual Voice which premiered at the Tribeca Film Festival. She is currently working on her first feature film, Cotton Queen, which is described as a realistic and magical tale set in the cotton fields of Sudan.

Al-Sit was produced with a cast and crew 99% Sudanese (and 1% Lebanese). Many cast members (including Mihad Murtada who played Nafisa and Mohammed magdi who played Nadir) are actors for the first time.