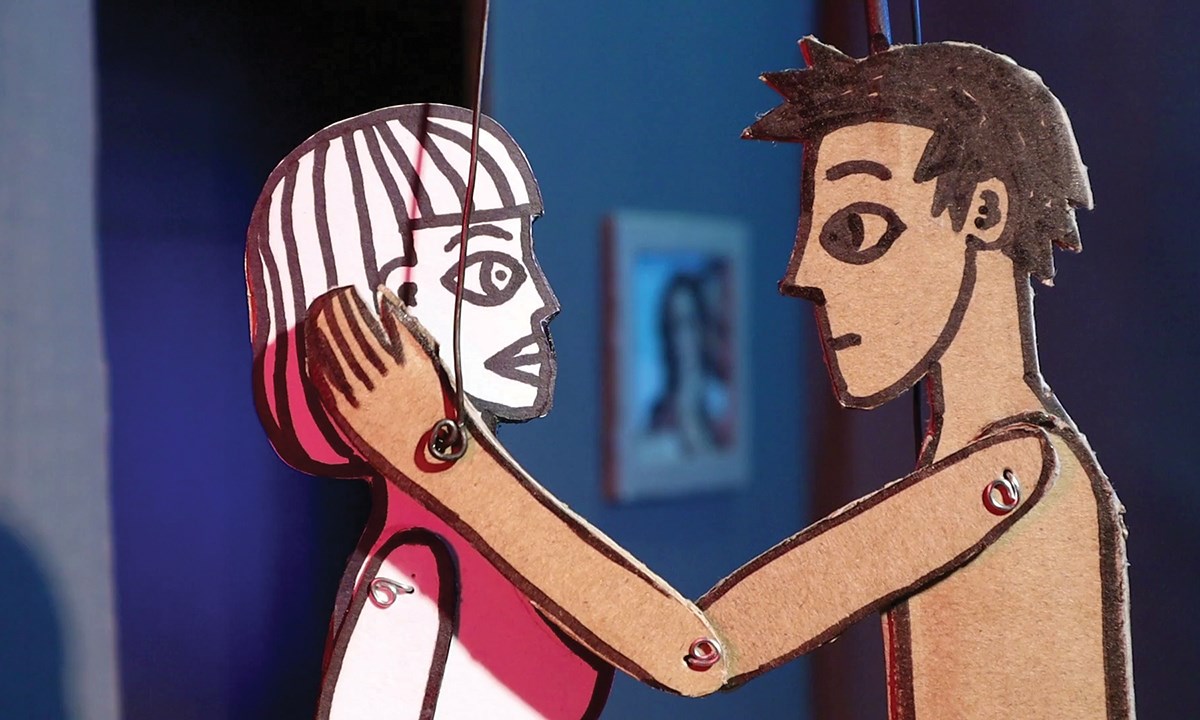 The 2022 Vancouver Short Film Festival will feature work by a Sunshine Coast puppeteer who used the COVID-19 lockdown to turn an ancient Greek myth into a modern parable about the dangers of self-isolation.

The VSFF opens on January 28, in its second year as a virtual festival. The event will feature 51 films by artists from across Canada.

Born in Belgium and now living in Gibsons, Kris Fleerackers has channeled a lifetime of storytelling experience – a theatrical career in Europe, 14 years as a CBC editor – into his deceptively simple tale of Pygmalian mythos through a live-action puppet film titled Idol. Fleerackers is the film‘s director and sole performer.

The story was originally transcribed by the Roman poet Ovid in his collection Metamorphosis. Pygmalian is a misanthropic sculptor who withdraws from society. He sculpts a statue of the ideal woman, to fall in love with his creation.

“I loved puppets as a kid, not just like most kids, but I made them,” Fleerackers said. “So I think this idea of ​​bringing inanimate things to life is deeply rooted in my own psyche.”

As the founder of Fallada Puppetworks, he had been planning a live puppet show based on Pygmalian for a long time. Suddenly, due to the pandemic and his mandatory isolation, Fleerackers had to make an abrupt about-face: “I really couldn’t do anything but try to think about the future. And then I thought I could make a little movie.

For four months, his kitchen table becomes his studio. To create its puppets, Fleerackers uses recycled materials – corrugated cardboard from Amazon boxes, fabric scraps and shards of glass. Idol became a 14-minute drama about acquisition, formed from the residue of consumerism.

Fleerackers also saw parallels to the image-obsessed culture of the internet. “We live in a highly technological society that allows us to surround ourselves and interact with these images which are essentially fantasy projections, whether or not they are actually attached to a real person. You know, [with] Facebook, nobody’s faces are actually in this book. It is a construct.

Taken to extremes, said Fleerackers, social isolation — especially among young men — produces actual hermits known as hikikomori. The term originated in Japan, whose government in 2019 estimated that more than one million of its citizens had withdrawn from society.

Idol is saturated with images of loneliness, punctuated with flashes of wry humor. Using a shallow depth of field, Fleerackers’ lens amplifies the distance between characters. Spoken dialogue is limited to a litany of sighs, moans and whispers. Its landscape is, by the nature of its construction, very fine.

According to VSFF co-director Emily Weldon, the austerity of the film reflects the unique challenges of the short film. Films at the festival are usually between five and 30 minutes long.

Since being shortlisted for the VSFF, Idol has also been accepted by the Powell River Film Festival (scheduled for March) and the Calgary Animated Objects Society’s CAOS Festival, which takes place in November.

Note: Idol contains nude puppets and a suggestive scene which is unlikely to be suitable for younger viewers.

Tickets for the virtual Vancouver Short Film Festival are available for purchase at www.vsff.com.