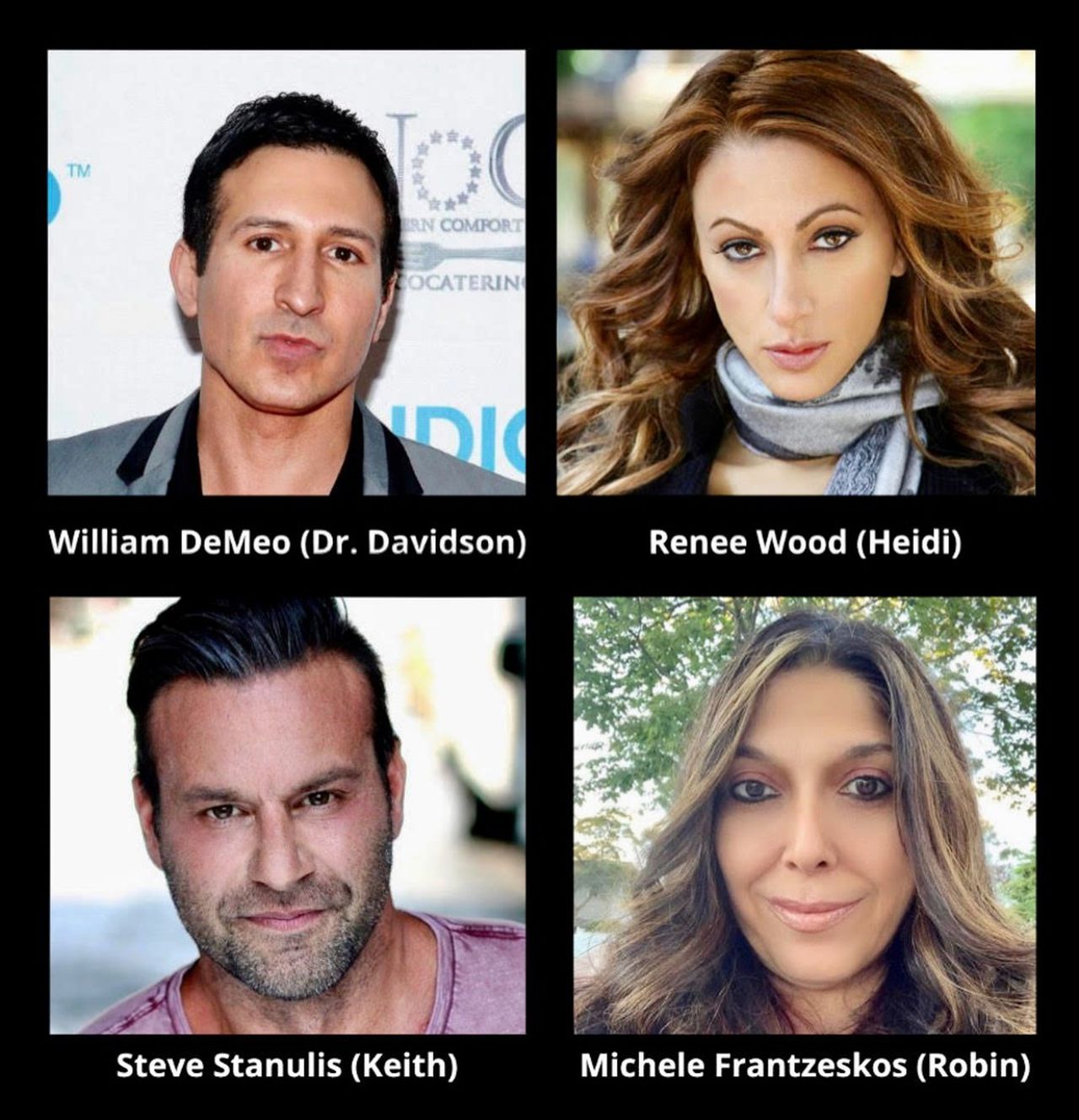 Award-winning actors William DeMeo (â€œGravesendâ€, â€œThe Sopranosâ€, â€œFresh Kill & Wannabeesâ€) and Michele Frantzeskos (â€œGravesendâ€, â€œBare Knuckle Brawlerâ€ and â€œThe Right to Liveâ€), co-starring with actors Renee Wood (“The Networker”, “The Cafone” and “St. Joseph”), and Steve Stanulis (“5th Borough and” The Deuce “) in a dramatic short,” Just Be Yourself “, which features a Discover Life of four people struggling with life at the height of the pandemic.

Since everyone’s life has changed in one way or another while being mandated to stay home during the pandemic, “Just Be Yourself” exposes the plight of real people as relationships are tested, Altered love lives, tolerated life situations and depression sets in, all while being discussed in online group sessions with a therapist.

Renee Wood hopes that people who watch the film find pieces of themselves in the film.

“We as ‘humans’ all have ‘problems’ and I hope that by watching this film viewers will find pieces of themselves in the characters and know that in our time there are pieces of themselves. is okay to â€œbe yourself.â€ While the pandemic continues, we are seeing the highest levels of anxiety and depression reported since the pandemic hit the United States. unsettling trend fueled by loneliness and isolation and we want viewers to know they are not alone. â€

A native of Staten Island, actress and owner of Renee Wood & Associates (Fundraising Development Specialist), Wood was born to parents born in Staten Island. Wood Avenue in Tottenville is the namesake of his family.

Wood began her acting career at the age of 10 in Staten Island and performed in numerous plays throughout her childhood at the former Sea View Playwright’s Children’s Theater.

She has been involved in philanthropy and her fundraising company, Renee Wood & Associates, has hosted a number of fundraisers.

Wood studied at the Lee Strasberg Theater Institute in Manhattan and received the prestigious 40 under 40 Leadership Award from the Staten Island Economic Development Corporation.

The cast also includes actor William DeMeo from the television series “Gravesend”. DeMeo portrays Dr Davidson, stepping out of his typical gangster role, to adopt a completely different character, a therapist who helps three strangers cope with life, at the height of the COVID-19 pandemic.

DeMeo currently lives in Staten Island while he and Frantzeskos film the second season of the television series “Gravesend”. He is a writer and director for the series and plays the role of Benny Z on the series and is looking to film scenes for the series at the RiverBridge studio located in Richmond Valley.

Frantzeskos is currently a producer for the television series “Gravesend”. She grew up on Staten Island, resides on the South Shore, and has shot several movies here over the years. His award-winning film, “The Right to Live”, was also filmed in Staten Island. She has also worked with William DeMeo on several films here.

She studied at the Tom Todoroff Studio also in Manhattan. She is an award-winning director and has received a proclamation from elected officials regarding her film, which won her the Audience Award for her film â€œThe Right to Liveâ€ (2017).

Frantzeskos said: â€œMy hopes for this film are to send a positive message and raise awareness of mental health while showing people that they are never alone in what they are feeling. People should never give up or give in to their fears. Reach out, speak, the world is listening. You are brave, courageous and you are enough. ‘Be yourself.'”

Steve Stanulis is a native of Staten Islander who attended Wagner College. Entrepreneur and filmmaker who has made waves in the independent film industry with his innovative storytelling, he is also an actor, producer, director and founder of Stanulis Films, a company that produces films and documentaries.

The short film was written, directed and edited by an all-female production team. Camera crews were scarce due to the stay-at-home mandate, so the short was filmed only on their iPhones.

The film was written, directed and produced by Wood and Frantzeskos with editing and sound by actress Jane Dashow.

The film recently finished production and has already been shortlisted for screening at the Cutting Room Short International Film Festival on Sunday, December 19 in Manhattan, where it was also nominated for Best Short Drama and Best Director.