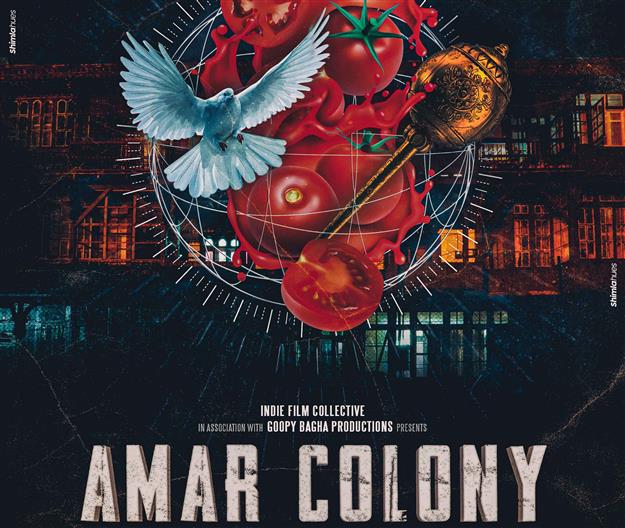 Shimla Lad’s feature film will premiere at the Estonian festival: The Tribune India

The feature film “Amar Colony”, written and directed by Shimla lad Siddharth Chauhan, will premiere at the prestigious 26th Tallinn Black Nights Film Festival to be held November 11-27 in Estonia.

The 80-minute film is the only Indian film to qualify for the competition this year. It will be screened in the “Competition of first feature films” category. The other films in competition come from Italy, Japan, Germany, United Kingdom, Lithuania, Portugal, New Zealand, Norway, Brazil, Poland, Switzerland, Slovenia, Korea from the South, Israel, Slovakia, Canada and Spain.

Shot in 30 days at YWCA, US Club, Shimla General Post Office (Mall Road), St Thomas School, Oak Tree House (Bharari), Lower Bazaar, Sabzi Mandi and Baldeyan on outskirts of town, “Amar Colony” is the story of three women (neighbors) Devki (50), a widow confined to a wheelchair who demands respect from her pigeon, Meera (20), a lonely pregnant woman caught in a maze of desires and disappointments , and Durga (60), a religious fanatic, who begins to experience delusions living in a dilapidated building called Amar Colony.

The film stars Sangeeta Agrawal, Nimisha Nair and Usha Chauhan in the lead roles. “Amar Colony” captures a hidden underworld of human desires and fears through the intertwined lives of three women in the belly of a chawl in a small town in the lower Himalayas, says producer Nisheeth Kumar.

“It’s a dream come true and I’m thrilled to know that my first film will premiere at the Tallinn Black Nights Film Festival,” says Siddhart, a Shimla-born and raised self-taught filmmaker who believes the content world class can be created anywhere.

“At the age of 22, I dreamed of making a feature film in Shimla and I thought it would take me about 10 years to gain experience and today, exactly after 10 years, my film finally comes out” , he said and added that , “According to the film festival team, ‘Amar Colony’ is a delicate and unique portrait of an exotic community that represents us all. This film is a satire on humanity .

In the past, Siddharth has experimented with documentaries and short films on matters of fiction and realism. His first film was “Zunie”, followed by “Peace Is Nowhere”, “Boys Don’t Wear Nail Polish”, “Infinite Space”, “Dad”, Pahari’s film “Pashi” and ” The Flying Chest”.