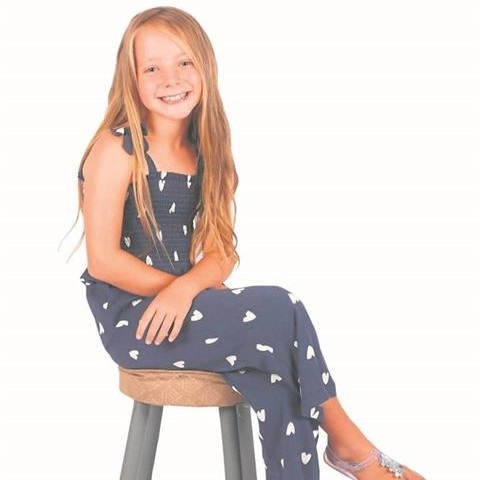 Nicknamed the ‘little theater queen’ by her mother, Amé Spangenberg (9), a 3rd year pupil at Stulting Primary School, has always loved being on stage and after a successful acting audition recently, she will soon be sharing her talent with the nation when she appears in a local short film.

Amé’s mother, Chantall Spangenberg, said her daughter started ballet at the age of four and loved being on stage at dance festivals.

To work on her acting skills, she joined the Academy of Creative Arts and Music last year, where she attends weekly acting classes.

Chantall said that Amé did not have much experience in theater or large-scale theater, but she did, however, participate in school and local competitions that included recitals, radical public speaking and the South African Performing Arts Championship.

After much hard work, earlier this year she also received her provincial title in public speaking after performing at the Afrikaans Language and Culture Association (ATKV).

“Amé has always been our little drama queen,” Chantall said.

To learn more about acting, in October this year, Amé took part in the Speeltoneel theater auditions at Summerwood Primary School in Gqeberha.

The judges were so impressed with her performance that she was offered a scholarship to attend an acting course held from November this year to February next year.

According to the Speeltoneel website, Speeltoneel is an opportunity-driven project that offers promising actors, dancers and singers, young and old, as young as six years old, the opportunity to act, sing and dance in a short film. on national television.

Amé was informed by ABS Productions, that there were a total of 420 auditions with only six qualified applicants for a scholarship.

Chantall said acting classes would be online with monthly in-person workshops, with a location yet to be determined.

“After completing the course, Amé will be assigned a role in a South African short film, which will be produced by ABS productions,” Chantall said.

Among the actors she will work with in the short film are Desiré Gardner, Je-ani Swiegelaar, Nobuhle Mahlasela, Germandt Geldenhuys, Viljé Maritz, Izak Davel and Bradley Olivier.

The shooting of the short film will take place from April next year to July.

“Amé is very excited about this adventure and this opportunity, and she can’t wait to get started,” said Chantall.