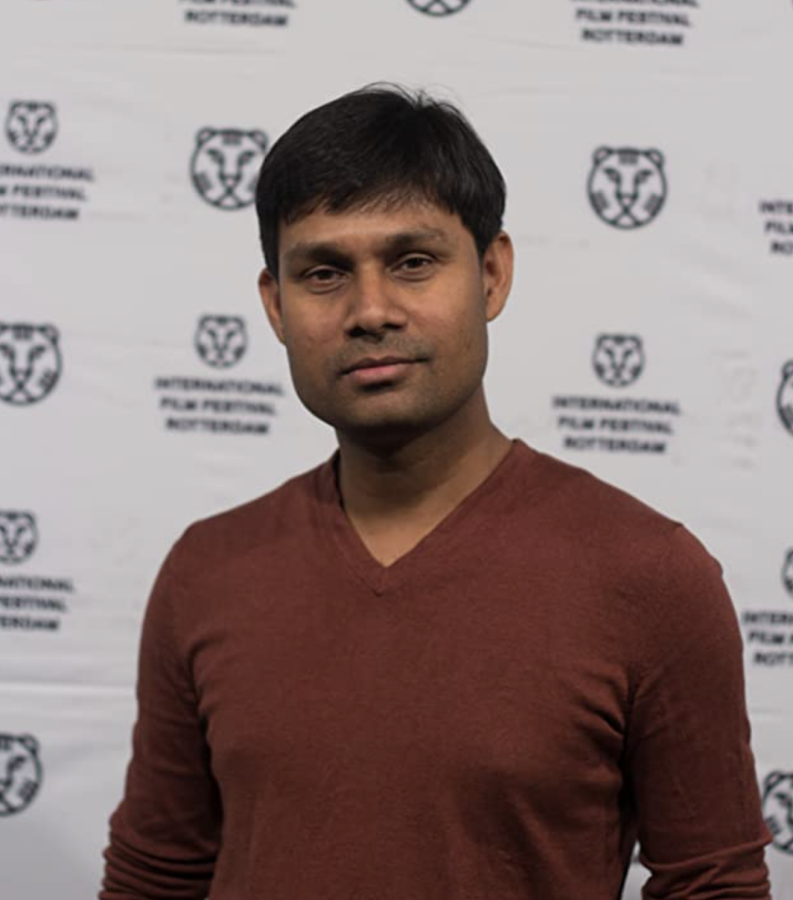 The 72nd Berlin International Film Festival ended on February 16 after an in-person run for the first time since its 70th anniversary in early 2020. Its first screenings began on February 10, with the awards ceremony concluding the festival on February 19. 16, earlier than usual out of caution for COVID-19. Repeat screenings will continue until February 20.

Among the films selected for screening at the Berlinale is a short film written and directed by one of UNCW’s film studies professors. Professor Deepak Rauniyar is making his second Berlinale appearance this year with ‘Four Nights’, a film based on his own life experiences as a Nepali filmmaker.

Rauniyar’s film career is built on a lifelong pursuit. From his first visits to the theater as a teenager, he was interested in cinema as a means of expression. “I grew up in a very racist society,” Rauniyar said. “Back then, Nepal was ruled by a lighter-skinned group. At my school, I was alone; I didn’t speak the local language; my classmates and teachers bullied me. I found that even in local movies, lighter-skinned actors wore black faces to represent us on screen. No one like me made these films. I wanted to change that.

Rauniyar rose through the ranks in the industry. He attended school in Kathmandu where he studied management while also working in local journalism and radio as a reporter. These experiences provided him with a foundation which he used to land his first film job at a media house in India after completing his studies. In 2004, he served as an assistant director in this company, gaining practical experience in the film industry. Three years later, when the BBC was looking for a producer in Nepal to produce dramas, Rauniyar started working for them. Through his own perseverance, Rauniyar has firmly established himself in the film industry.

In 2008, Rauniyar founded his own film company, Aadi Films, with his wife, who is herself an actress and writer. They soon started working on their first feature film, “Highway”, which was shot in Nepal. “We knew to get exposure we wanted it to be in one of the top five film festivals, but we also knew there was no way to do it alone,” Rauniyar said. “We looked for producers outside of Nepal and got in touch with a company in New York called Louverture Films. They came to co-produce the film. In 2011, I flew to New York to screen the film with them, and then they helped us finance it. It became our first feature film. It ended up premiering in Berlin, at the 62nd Berlin International Film Festival. We worked again in 2016 with Louverture on our next feature film.

Rauniyar’s latest film, ‘Four Nights’, is a loose sequel to their second feature, ‘White Sun’. The short film is inspired by the time Rauniyar and his wife spent making the feature film as freelancers in a new country. The film is set in New York and follows a couple of filmmakers, the husband being a director and the wife an actress. It revolves around four scenes – four “nights” – which depict important moments in their lives and the decisions they make as creatives and as a couple.

“[The characters] are inspired by our lives in their struggles to adapt to a new country and try to find a voice,” he said. “Cinema is something that brought them together, but also separates them in some ways. The woman is very grounded in reality. She knows that if they don’t find work, they won’t have a place to live and she doesn’t want to go back to Nepal. The husband is rather dreamy, lost in his world after creating the film. He now struggles to face reality outside of his creative process.

“For us, home movies mean a lot,” Rauniyar said. “Most of our ideas are kind of inspired by our experiences, the places we’ve lived. Like, for this one, we reflect on a life in New York, of an artist. As a filmmaker, when you go to [a] best film festival, you have a little different life for a while, but then you come back to the same place. You find it difficult to return to the industry. You have to find another job to survive. And most of the time we don’t talk about our struggles as filmmakers. In this film, we wanted to highlight that. »

The pandemic posed an interesting challenge to filming “Four Nights.” Rauniyar originally planned to shoot interior and exterior scenes in New York City, but the initial COVID-19 outbreak prevented them from filming outdoors. “We had to completely alter the story,” he said. “We changed it to be entirely from the husband’s point of view, everything inside. It still told the essential story while being more controllable. We let the world in through off-screen sounds. The situation allowed Rauniyar to focus on new stylistic techniques with an emphasis on sound as well as static shooting.

Rauniyar is no stranger to film festivals. “Highway” appeared not only at the 62nd Berlinale, but also at the Montreal World Film Festival and the Mill Valley Film Festival in 2012. “White Sun” appeared at 13 festivals in total, also winning numerous awards. He is also currently the first Nepali filmmaker to take part in a major film festival, paving the way for other budding filmmakers from his country.

Even with those accolades, having another film shown at the Berlinale excites Rauniyar. It’s time to release the new movie. “A film festival is the best place to launch the film,” Rauniyar said. “Every filmmaker dreams of premiering at one of the biggest festivals. It’s really exciting for us that it’s not a one-off thing. With this film, it’s also in a different category. Having our film there gives us the chance to meet a distributor, to spread the message to other festivals. It may not be recognized by the general public, but those who know the life of an artist will be the first to see it.

Rauniyar’s accent is far from reliable. His career has always exemplified his belief in the power of a filmmaker’s voice, showing audiences a new perspective on the world. “Cinema is a powerful language,” he said. “It gives anyone the power to convey what you’re feeling, what you’re going through. It’s also powerful for me personally coming from a place where someone like me wasn’t on screen, wasn’t making the movie. I always fell in love with it, I wanted to do it, and I did. Why make movies? Our life experiences are different and exposing people to that helps us understand each other.

“Four Nights”, along with Rauniyar’s other films, exemplifies this sentiment in its portrayal of his life experiences. He inspires his students to find their own voice in his classes at UNCW. All artists can take a page from his book, because it testifies to the power and necessity of work that expresses the point of view of the artist.

“Four Nights” was screened at the Berlin International Film Festival as part of the Berlinale’s third series of short films. It premiered on February 11, followed by screenings on February 14 and 15. Repeat screenings will take place on February 19 and 20. Rauniyar’s website has information on where to find his films, past and present.