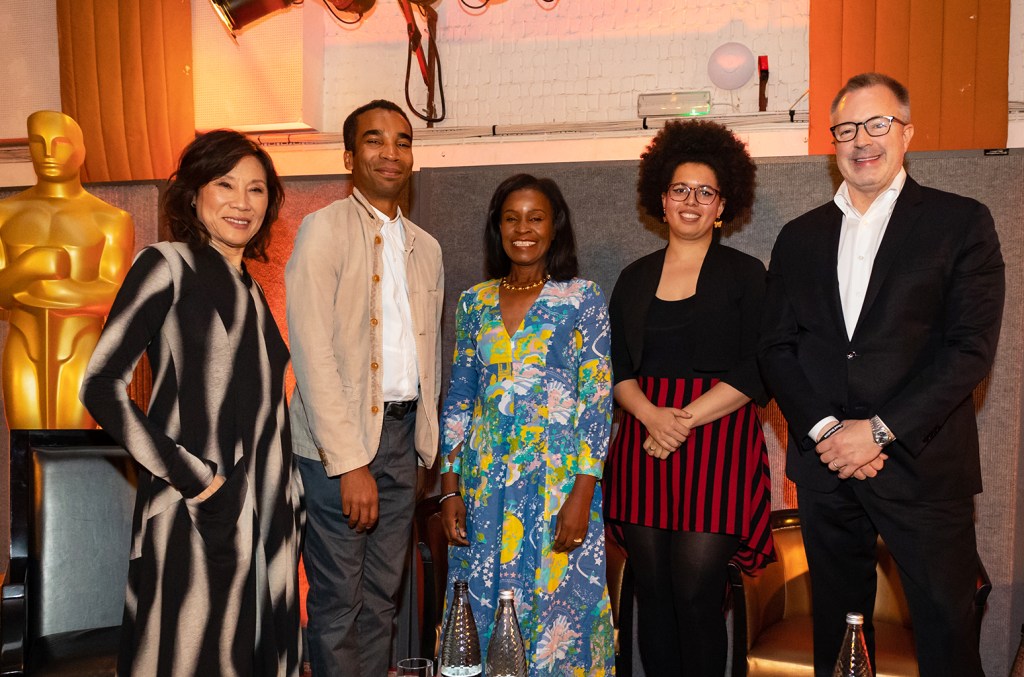 The Academy of Motion Picture Arts and Sciences, in partnership with Mercury Studios, announced the first entrants to the Jonas Gwangwa Music Composition Initiative, a year-long career development program for black British musicians interested in composing music for film. The elect are Peter Edwardscomposer, musical director and pianist who has worked on the London jazz scene for 12 years, and Oleta Haffner, a London-based composer who writes music for animated shorts and theater productions. The program aims to foster broader representation in film music composition.

The Academy and Mercury Studios hosted an event celebrating Edwards and Haffner at Abbey Road Studios in London on Thursday, October 6. Bill Kramer and president Janet Yang welcome guests, Executive Vice President of the Academy of Impact and Inclusion Jeanelle English spoke about the importance of the Academy’s talent and development programs, and Academy Fellow Misan Sagay (Writers Branch) reflected on the Jonas Gwangwa Music Composition Initiative and its goals.

Throughout the year, Edwards and Haffner will have access to Academy members in various branches to better understand the filmmaking process; one-on-one mentorship with a member of the Academy’s Music Branch to learn about the practicalities of composing for film; access to Academy events and screenings in London; and presentations to leading practitioners in all areas of film music, among other mentorship programs. They will also be paired with a filmmaker who is making a short film and will have the opportunity to compose the music for it.

The composition work will be funded by two grants from Decca Records of Universal Music Group (UMG) and Mercury Studios, a full-service film and television production studio. Additional programming and support will be provided by UMG’s Abbey Road Studios. Gwangwa, who died in January 2021 at the age of 83, was a prominent South African jazz musician, songwriter and producer for four decades. He received Academy Award nominations for Best Original Score and Best Original Song for his work, with George Fentonon Cry out for freedom (1987).

For more information on the Jonas Gwangwa Music Composition Initiative, visit this page on the Academy’s website.