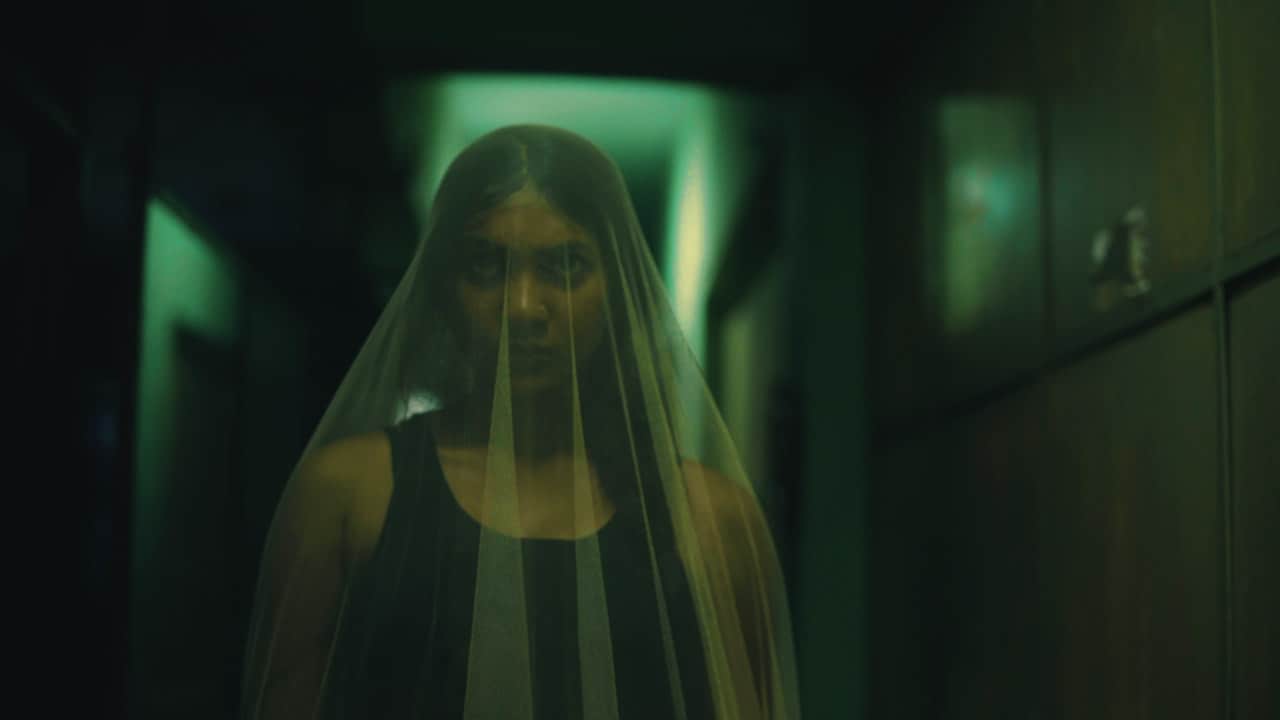 Having its world premiere at SXSW 2022, where it won the Grand Jury Award for Best Midnight Short Film, the Bangladeshi short film “Moshari” (meaning mosquito net) won multiple Oscar qualifying awards at the Atlanta Film Festival , Short Shorts & Asia, and a Jury’s Choice at BIFAN. His festival journey all over the world continues non-stop and we have just seen him in Fantasia.

The film shows its colors from the start, a dead cow feasting on mosquitoes, while a young girl sings a prayer and her older sister urges them to live. It is soon revealed that the two live in Bangladesh, one of the few places in the world to have survived the mosquito disaster, as a man on a loudspeaker heard across the region speaks eloquently. The Bangladeshis have achieved this in the simplest way, by staying inside their homes at night and under the protection of their well-placed moshari. The tension between the two sisters is palpable from the start, as the eldest, Apu, is bossy and the younger is constantly defiant. When night falls, the latter has no choice but to listen to her sister and prepare for the attack. This time, however, it looks like it’s not just mosquitoes lurking around at night.

The messages that Nuhash Humayun presents in his 22-minute short film are numerous and quite eloquent, despite the fact that they are mostly communicated through metaphor. There is an ecological message that seems to state that the water problems plaguing Bangladesh will eventually impact the rest of the planet, and especially the First World, whose countries seem to ignore the problem. At the same time, the director also seems to argue that people in countries who have become accustomed to leaving without much will likely be more able to survive than the luxury-obsessed citizens of wealthy countries.

Mosquitoes are also a metaphor on many levels. Considering that the protagonists are girls, they could be perceived as men in general, and the way they treat women in patriarchal societies. The fact that the older sister ultimately draws a comparison between bugs and older men, stating that both like a younger girl, highlights this comment quite clearly. Considering that girls are poor, they might be perceived as rich, always trying to take advantage and exploit the poor. Finally, as the girl ends up saying, “I can’t breathe”, the slogan of the Black Lives Matter movement, an accusation against the police and all kinds of authorities is also included here.

Besides context, however, the film also thrives on atmosphere, with the way dystopian drama gives way to true horror perfectly implemented in the narrative, the choice of title presentation working as the dichotomy, working impressively in this respect. . The way Humayun creates horror and tension, through music, sound, and overall visuals (including the “bride”), along with a rather hard-hitting jump scare is truly astounding. The combination showcases the excellent work done by Ejaz Mehedi in cinematography, Humayun’s own editing, and Dameer Khan and Ye Min Sng in music and sound, respectively.

Sunerah Binte Kamal as Apu and Moyed Bhuiyan as the younger sister give very fitting performances, showcasing their chemistry in the best way.

“Moshari” is a very well planned short (even the way the opening and ending titles seem to have a purpose, as much as the ending song), very well shot, it’s one of those rare cases that matters given its length, which really deserves to be seen on the big screen.