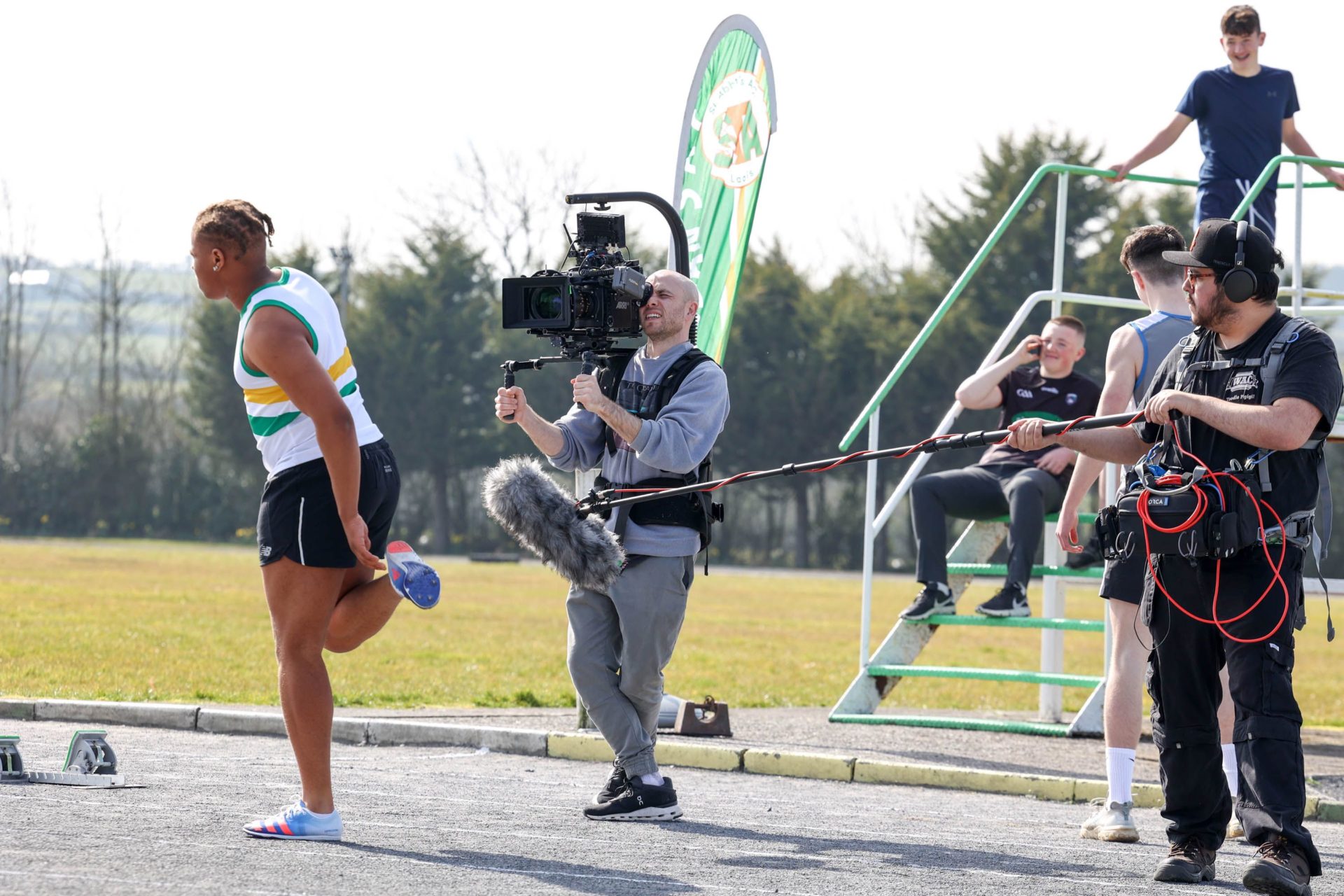 Cinematographer Evan Barry and sound engineer Danilo work with Aaron Edo, who plays Marcus the title character on the set of ‘Superhuman’ at St Abban’s AC

CAMERAS shoots a film that won the 2021 Laois Short Film Fellowship, as the deadline for the 2022 Fellowship draws near.

Filming of Superhuman started at the end of March at St Abban’s Athletic Club in Crettyard. The production cost is funded by the inaugural grant, which was won last year by director Mícheál Fleming of The Swan and producer Michael-David McKernan of SwanDive Productions.

The €10,000 annual scholarship fosters talent and creativity as it encourages and supports filmmaking in the county.

Superhuman tells the story of an African-Irish college graduate who is guided into the Paralympic Games after being rejected from professional football. He struggles to come to terms with his new identity and the discrimination that has surrounded him all his life.

A Knockbeg College alumnus and former Laois minor footballer, Mícheál set up SwanDive Productions a few years ago and the company has already produced a number of award-winning short films.

The scholarship is for “original and entertaining stories by talented filmmakers” who are to set and shoot their project in Laois. The 2022 scholarship will go towards the cost of producing a 10-12 minute short film or documentary to be filmed this year.

The deadline for submission is Friday, April 8 at 4 p.m. All application information is available at laois.ie/departments/creative-ireland/creative-laois-opportunities.

Find a photo released from the shooting of Superhuman at St Abban’s AC in the next edition of Laois Nationalist, in stores on Tuesday April 5 and online.