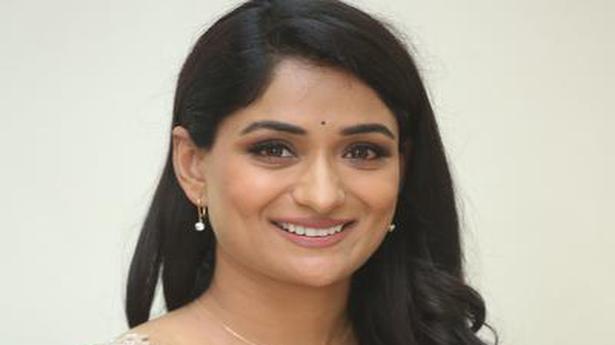 For Telugu moviegoers, the gold standard for mainstream films that incorporate classical dance or music would be director K Viswanath. Sankarabharanam (1979), Sagara sangamam (1983) and Swarna Kamalam (1988). Sandhya Raju, Hyderabad-based Kuchipudi dancer, who will make her film debut as a producer and actress with Natyam, released on October 22, is aware of the inevitable comparisons.

After asking for the blessings of the nonagenarian filmmaker, accompanied by Natyam’s Director Revanth Korukonda, Sandhya says, â€œOur film is driven by hard work, passion and creativity. But we are nowhere near equal to the films of the legendary director.

Sandhya is calm and composed, although the Nishrinkala Dance Academy she founded is full of promotional activities ahead of the release. In the corner of the room, a whiteboard lists the tasks to be accomplished each day. For Sandhya and Revanth, Natyam is the fulfillment of an almost five-year dream.

Sandhya recalls the events that led her to star in a short film directed by Revanth in 2016: â€œI was also looking to broaden my perspectives and take occasional opportunities as a model, theater or short film. Around the same time, Revanth was looking for a Kuchipudi dancer who could perform and contacted me.

The short film, also titled Natyam, had Sandhya portraying a housewife who rekindles her lost passion for dancing. â€œI wasn’t an actor and didn’t pay close attention to the story when Revanth told it. The five-minute dance towards the end caught my attention first,â€ Sandhya laughs.

Once the short film was live, Sandhya was surprised at the response. There were times when the young women who had spotted her in a mall would come and talk to her about how the movie had inspired them to start dancing again.

She and Revanth also noticed how well short filmmakers made their mark with feature films in Telugu cinema. When Revanth decided to work on a full-fledged dance-based feature film, Sandhya was ready to star and produce the project. On and off she starred in a Malayalam-language film titled Careful (2017).

The feature film Natyam, says Sandhya, has nothing to do with the short film and the similarities end with the title. The story takes place in a fictional village called Natyam, inspired by the village of Kuchipudi in Andhra Pradesh. The village attracts artists from all over and everything takes place around a temple which houses a powerful Goddess. Sandhya plays a dancer wanting to eliminate superstitious beliefs by performing Kadambari’s story: â€œThe historical events that Kadambari’s story is based on are true, but the character and the story are fictional,â€ says Sandhya. “The film goes beyond exploring the physicality of dance and uses it as a medium to tell stories.”

Natyam was filmed near Bengaluru, Hampi, Lepakshi in Andhra Pradesh and Shamshabad in Hyderabad.

Growing up in Chennai, Sandhya enlisted the help of Telugu tutors to prepare the film: â€œI wanted to learn how to speak Telugu well so that my manners and facial muscle movement were appropriate. Not knowing Malayalam was an inconvenience while filming Careful. It is only when you can speak the language that the game feels spontaneous. “

Sandhya also took on the choreography and costume design responsibilities for Natyam. Given her prowess at Kuchipudi, she could have choreographed complex movements, but she chose to keep it simple: â€œWe didn’t want it to look like a rangapravesam of classical dances.

Ironically, in the film, she plays a dancer who must prove herself while Kamal Kamaraju plays the most experienced dancer.

Executing the project was difficult, she concedes, but the business decisions she had to make during the pandemic were more difficult. The team organized a test screening and the audience included people from different socio-economic strata and age groups; many of them seemed to enjoy the big screen experience. A few people in the film industry also weighed in and suggested that he wait until the theaters reopen: â€œThe production was difficult; you hear a lot of stories about how women should do in this industry. I am fortunate to have found the support of established personalities, be it Chiranjeevi, Balakrishna, Ram Charan or NTR for promotions, â€says Sandhya.

While classical dance will continue to be her mainstay, Sandhya is open to acting opportunities.