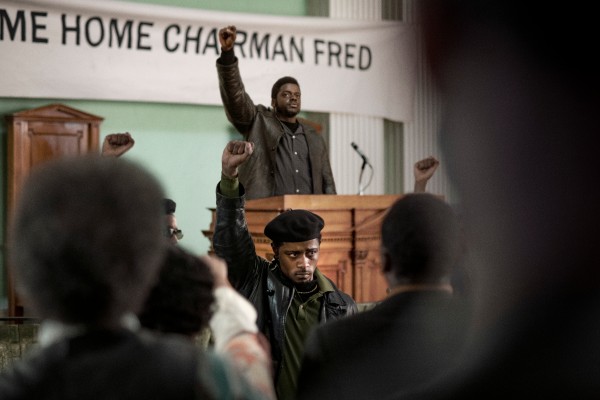 The Location Managers Guild International (LMGI) unveiled and honored the winners of its 8th edition of the LMGI Awards on the theme â€œCelebrating the Placeâ€ at a ceremony held on Saturday 23/10 in seven categories, honoring the outstanding creative contributions of localization professionals in film, television and commercials around the world and recognizing the outstanding service of the film commissions for their â€œbeyondâ€ support during the production process. Leading the feature film competition were Judas and the Black Messiah (Warner Bros., localization pros Bill Garvey, Tim Kanieski) and Principle (Warner Bros., Janice Polley / LMGI, Julie Hannum / LMGI, Klaus Darrelman, LMGI) in the vintage and contemporary categories, respectively.

Hosted by actor and director Isaiah Mustafa, this year’s LMGI Awards returned to a virtual ceremony on a digital platform and streamed to a global and more inclusive audience on YouTube and Vimeo.

John Rakich, President of LMGI, said: â€œInternational is not a big enough word for what we do. It’s easy to imagine a scene taking place anywhere on the globe, or somewhere in space, or in a world that exists in a post-apocalyptic universe. It’s another thing to go out and find it. Every day, we localization professionals make the impossible possible. Tonight we are celebrating the best of ourselves. I congratulate all of our talented LMGI nominees. “

OscarÂ®-winning actress Marlee Matlin, whose lifelong advocacy for the deaf and hard of hearing is reflected in the highly acclaimed film CODA on Apple TV +, received the prestigious Humanitarian Award honoring the exemplary commitment she made to shine a light on the deaf and hard of hearing throughout her award-winning career in film and television. EmmyÂ®-winning actress Camryn Manheim (Practice, Elvis, Happiness) presented the award to Matlin.

David Yates, director of the last four Harry potter cinema and Fantastic beasts films, received this year’s Eva Monley Award, which recognizes and honors members of the industry who support the vision of location professionals, presented by Sue Quinn (The fantastic beast and where to find them, four Harry potter movie theater, Pirates of the Caribbean).

Stage manager Aine Furey, a pioneer with a career spanning nearly four decades and over 400 hours of screen time, received the 2021 LMGI Lifetime Achievement Award, presented by producer Jeff King (The Umbrella Academy) and Art Hindle. Furey can easily be called a pioneer who helped make Ontario an attractive production environment for film and television production.