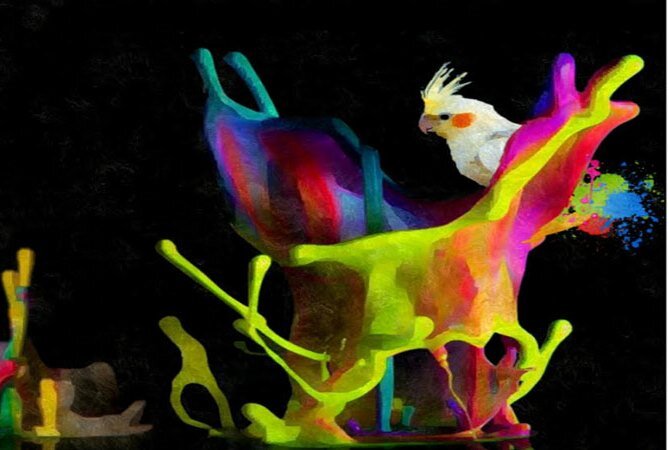 The festival took place in Guwahati, Assam on February 26-27.

Parviz Rajai’s “The Hand” was selected as Best Picture in the Drama Shorts section.

In this film, a grain of azure leaves a rock due to the explosion of a mine and strikes a young poet in the woods due to the intensity of the explosion. The young poet picks up the grain and takes it with him. In the middle of the path, the grain falls. The poet continues on his way without realizing it. In time, the azure grain faces different events.

“Aphasia” by Saeid Alinejad also received an honorable mention in this category.

‘Dancing with Rainbow’ directed by Hassan Mokhtari won first prize in the documentary competition, while ‘Hargila’ by Gerrit Vyn from the United States was named best documentary.

The documentary is about a girl who beautifies her hometown Mianeh in East Azerbaijan with her murals.

In the animation competition, “The Sun” by Omid Seifi also received the first prize.

The story of the film takes place in a dirty town where people are suffering. A child is born. The one who lost his mother is alone in town when a child feels lonely and scared. A butterfly takes him somewhere. The child sees that the sun is trapped in a cage in a dark room. The child releases the sun, and the sun illuminates the city and takes away people’s sorrow.

“The Statue” by Mohsen Salehifard won the critics’ award in this section.

The animation follows a sculptor who engages with the clay of his sculpture and shapes it.