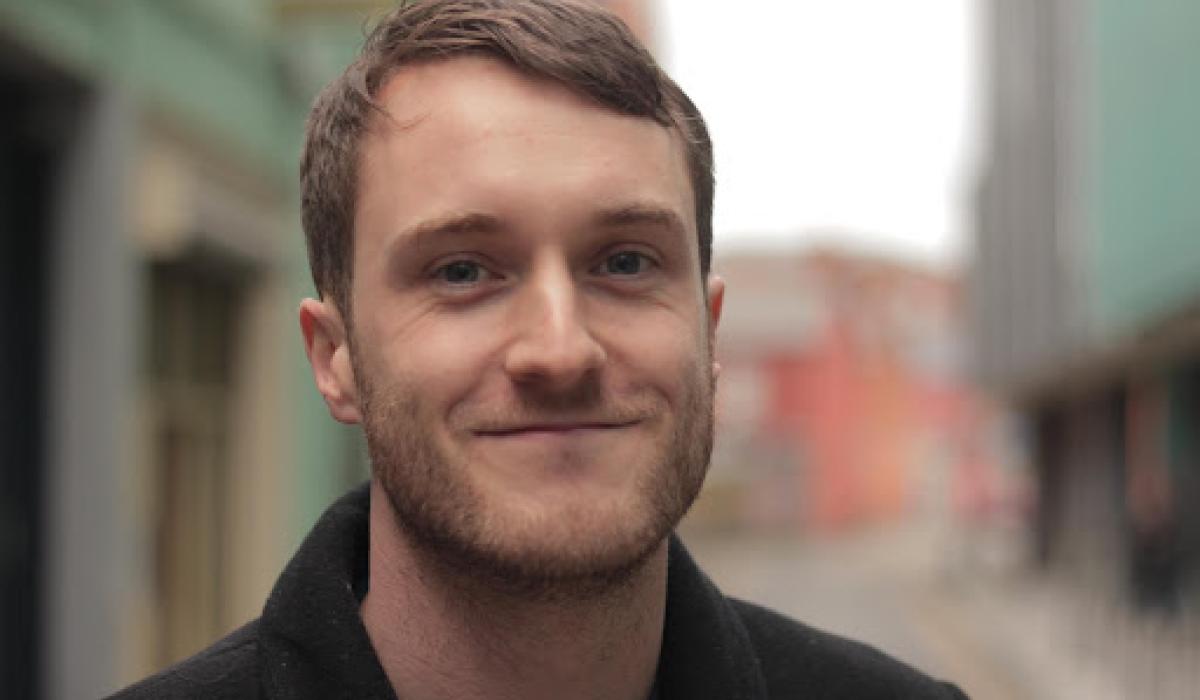 Blackrock man Ian Hunt-Duffy fell in love with cinema at a young age, fascinated by documentaries filmed behind the camera and recreating scenes from his favorite films with action figures

But the idea of ​​becoming a film director has always, he says, “felt like a kind of pursuit for heaven.”

Fast forward a few decades and Ian, who attended De La Salle College, has just finished filming his first feature Double Blind, a Limerick-shot horror that sees test subjects struggle with sleep and each other. the others to stay alive after an experimental drug trial goes horribly wrong.

A graduate of the National Film School in Ireland, Ian set up Failsafe Films in Dublin, producing 2015’s IFTA-nominated, Oscar-nominated ‘Love is a Sting’, written by Oscar winner Benjamin Cleary.

Most of the other shorts Ian has directed were written by his friend and NFS classmate Darach McGarrigle who also wrote the screenplay for Double Blind.

Critical success came with their 2016 short Gridlock, a thriller set in a traffic jam on a country road where a little girl goes missing.

The tense trailer has a twisted ending worthy of M. Night Shyamalan and has garnered no less than 60 awards on the international film festival circuit.

“We’ve always tried to work towards feature film and the shorts, on the whole, are kind of a stepping stone to a feature film in Ireland anyway, you cut your teeth on the shorts first to try to show what you can do and develop your filmmaking style and voice.

“And so I asked Darach if he had any ideas for a feature film, and he had the idea for Double Blind, which I mean, he had the main premise, the hook, which was that if you fall asleep, you die.

“I thought that was brilliant, so he went and wrote a first draft of it and we submitted it to Screen Ireland, to get funding for me to continue developing the script.”

The final script was completed just as Covid hit, which forced filming to be postponed.

The resulting casting and crew availability issues meant that it wasn’t until March of that year that filming began.

However, all the casting difficulties came in handy, as Ian was able to secure two Hollywood actresses with growing reputations and impressive screen credits in Millie Brady and Pollyanna McIntosh.

“They are both such professionals. It was a pleasure to work with them. For Pollyanna, it’s a smaller role and Millie is kind of the lead, but she’s been successful in everything she’s done and she brings such charisma and energy to the role. I think I’m really excited about it.

“I think Lily is a star. She’s just amazing and it was great to collaborate with her.
Ian cites James Cameron and John Carpenter among his influences.

“I love genre cinema. I was born and raised in the movies of James Cameron and John Carpenter, movies that would grab the audience and keep them guessing, you know?
“Like Gridlock was like a thriller, my attempt at some sort of mystery thriller, something like an episode of Twilight Zone.

“I love movies that all take place in one place and create these pressure cooker environments.

“I’m also a big fan of high-concept movies like the ones you can just pitch and imagine. Something that hooks an audience and they can instantly relate to.

And what is an Ian Hunt-Duffy film? What can an audience expect?

“I guess it’s suspenseful. I try a lot to integrate the thriller aspect. I try to make films that are tense and full of suspense, with a built-in clock device, where you can really feel that pressure building up on the characters.

“I’m going to try to put the audience in character as much as possible.

“And then in Double Blind because it’s about sleep deprivation and kind of confusion and paranoia, that aspect has to come into play and there’s a lot of different ways to do it with stuff camera, composition, music and sound design.

“We’re really trying to put the viewer into the same kind of dreamy, dreamlike state and atmosphere that these characters find themselves in.

In recent years, the horror genre has started to gain more acceptance at award ceremonies, which could not have been said in the past.

“I mean, it’s hard to know. I think I know you mean, sometimes horror might not be as highly regarded as other genres like drama, especially, when it comes to awards or Oscars.

“There have been a lot of great movies in recent years, Kate Dolan’s You’re Not my Mother, it was another Irish filmmaker and cinematographer Narayan Van Maele who shot that Double Blind shot with Me, Lee Cronin’s The Hole in the Soil is another good one.

“And then internationally you have The Lighthouse and movies like Hereditary.”

“I guess it’s similar to comedies, like people would say the same about comedies, horror and comedy are of the same fabric.

“There’s been a lot of ‘Elevated Horror’ lately. I don’t know if that’s a way for critics to be able to say, like, oh, this is elevated horror, so that’s okay.

“I think horror has always had more under the surface than people realize or acknowledge.

“Some of the best horrors have always reflected the society of the time, where there is often a lot of subtext.

“But it’s not just for scary jumps or anything like that.

“Horror is a great way to deal with a certain theme, or topic, in a heightened way, in a way that’s very accessible to an audience. It’s a way to get something done in a more entertaining and digest.

“But still, I wouldn’t say it’s less or less than any other genre.

Double Blind is currently in post-production and Ian hopes to get it out on the festival circuit before being released in Ireland in early 2023.

The Motion Picture – The Director’s Edition’ in theaters starting this weekend – TrekMovie.com