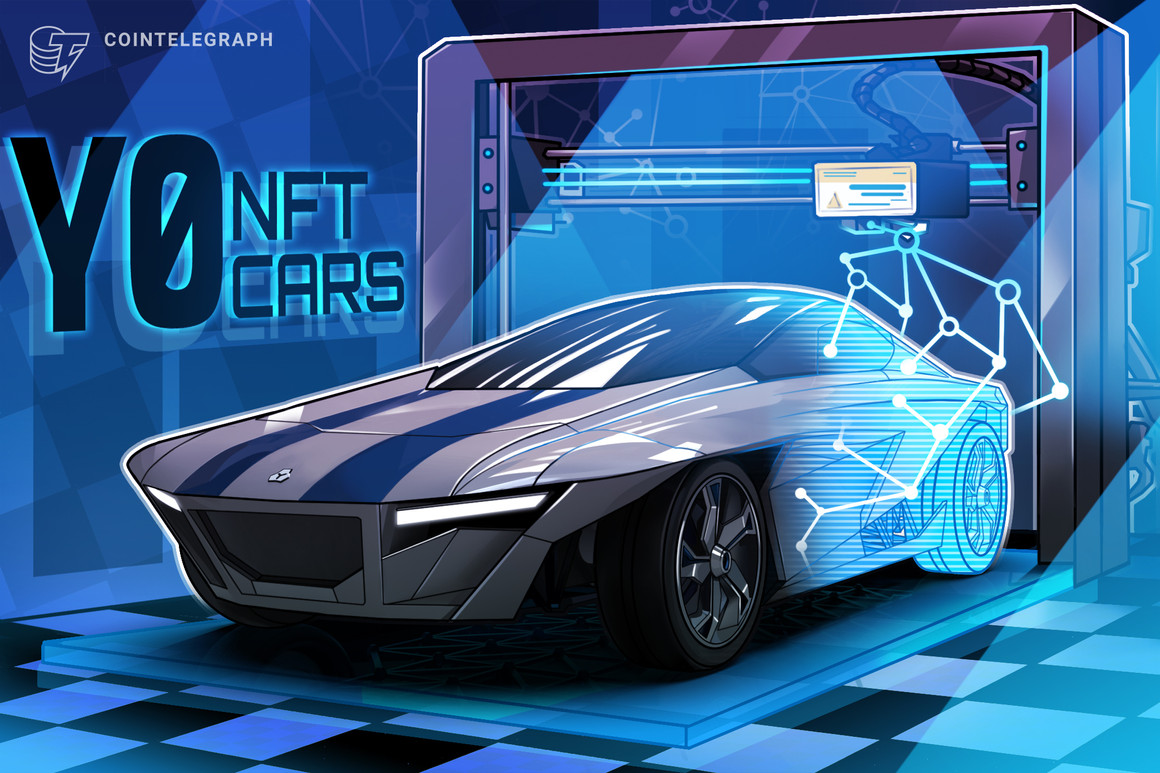 The metaverse is quickly becoming a reality, making its way into different aspects of our lives, including games, work, and social engagements. However, right now, many see the metaverse only as a way to enhance our physical reality by expanding the realm of what is possible. The resulting process took a concept and brought it from concept to prototype and from prototype to metaverse; it is the linear path taken by many elements of the real world to enter the domain of Web3.

However, few overlook the reverse application. Consider that metaverse concepts can also be extended to the real world. For example, users may have the ability to transform digital assets, such as non-fungible tokens (NFTs), from virtual concepts into real prototypes and then into a working model.

NFT’s project Y0 (pronounced “Y Zero”) is the realization of this concept for what is said to be the first time. These NFTs were founded in 2022 by Matthew Cunningham, an industrial designer known for his expertise in designing advanced vehicles. In this context, Matthew is ready to make science fiction a reality with his NFT concept cars. The first phase of development, which includes a collection of four limited-edition vehicles, will enable groundbreaking driving experiences in the Metaverse and a printable version that can come to life on the user’s 3D printer.

The intention is that these concepts can be created now and, in the near future, with appropriate manufacturing and propulsion technology, come to life. In the meantime, these NFTs, unlike others, will retain a user’s rights to build the concept indefinitely.

Put the pedal to the metal

The project has a solid foundation thanks to Cunningham’s extensive experience in advanced design projects for world-renowned automotive brands such as Audi, BMW, Bentley, Toyota and Volkswagen. His experience also includes comparable experience with top motion picture studios like Warner Brothers, Paramount Pictures and Universal Pictures to conceptualize and design concept vehicles for films and shows such as Space Jam 2, Aquaman and Westworld.

When put into practice, Cunningham takes these experiences and applies them to the same processes currently used in luxury car design and Hollywood blockbuster movies. Each Y0 NFT car is equipped with its own unique personality, story, design nuance and feature set. While maintaining a keen attention to detail, Y0 NFT cars are designed by Matthew Cunningham himself and boast 15 key features including headlights, louvers, adaptive high beams, wheels, greenhouse and tires, among others.

The conceptual vehicles each embody a specific set of inherent ideas that constitute a “theme” or, in Taoism, “From”. The word “From” symbolizes inherent character, inner power and integrity. With this forward-thinking philosophy, Y0 NFT will donate a significant portion of its project proceeds to foundations that align with the same De as the concept vehicle.

As a concept car, these products cannot yet be driven. Therefore, Y0 NFT cars solve this problem by providing all holders with metaverse utility. With a Y0 NFT car, also known as a Digicar™, users have the ability to drive them into the metaverse and park them in their virtual garage. These functionalities are added to the Y0 NFT Digicar™ provided with its glTF file and the additional formats necessary for the 3D printing of the virtual drawing.

On the verge of global adoption

With Web3 poised to be adopted worldwide, Y0 NFT is positioning itself to become a pioneer and be the nexus between NFTs, car enthusiasts and Hollywood movies by providing the world with brilliantly designed 3D NFT concept vehicles and enabling revolutionary driving. live.

Going forward, the Y0 Collection is looking to expand its offerings with three additional 3D vehicle NFTs. The Y0 collection will further bridge that bridge between the metaverse and real life through continued releases.

Disclaimer. Cointelegraph does not endorse any content or product on this page. Although we aim to provide you with all important information we may obtain, readers should do their own research before taking any action related to the company and take full responsibility for their decisions, and this article cannot no longer be considered as investment advice.