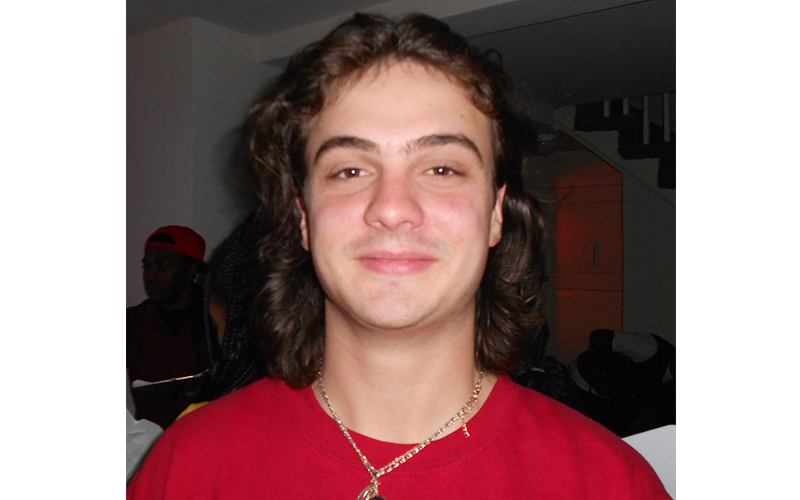 Like many students, Cam Andrews, who grew up in Fayston, found himself at home learning remotely in the spring of 2020. He was studying film at Boston University and returned to The Valley when in-person classes ended. been suspended. Phoebe Pacheco, a Harwood graduate and Boston University student, texted Andrews and said, “How about we make a movie?”


Andrews started writing. He ended up with a 77-page semi-autobiographical movie script about the summer after high school in which the title character takes a year off before college, as Andrews did, and struggles with his future. and maintain friendships. Along with Andrews, Pacheco co-produced and starred in the film, which features several of the couple’s college friends and both of Andrews’ parents. About 12 people were involved in the creation of the film, which was mostly shot in The Valley. It took 20 days of filming in the summer of 2020.

“It was a lot of me driving around The Valley with a camera,” Andrews said. “It taught me to actually be a filmmaker.” He had made short films before, but this was his first feature film, which is 65 minutes long.

He and a group of friends spent last fall studying in Los Angeles, where Andrews plans to return to pursue a career in film. He has written eight feature films, but says some of them are not possible with little or no budget. He is currently working on the second draft of his next film, which a former teacher is helping to produce. He also sent scripts for other films.

Growing up in the valley, he credits spending time outdoors exploring and having a supportive family for setting him on his path. “I’m very lucky that my parents allowed me to never stop imagining that I could do this,” he said. He also noted that he had teachers at Harwood who encouraged his creativity, which he is grateful for. “I grew up surrounded by a lot of people who never told me [a career in film] was not viable.

The film “Holocene” will premiere at the Big Picture Theater in Waitsfield on June 18 at 7 p.m.