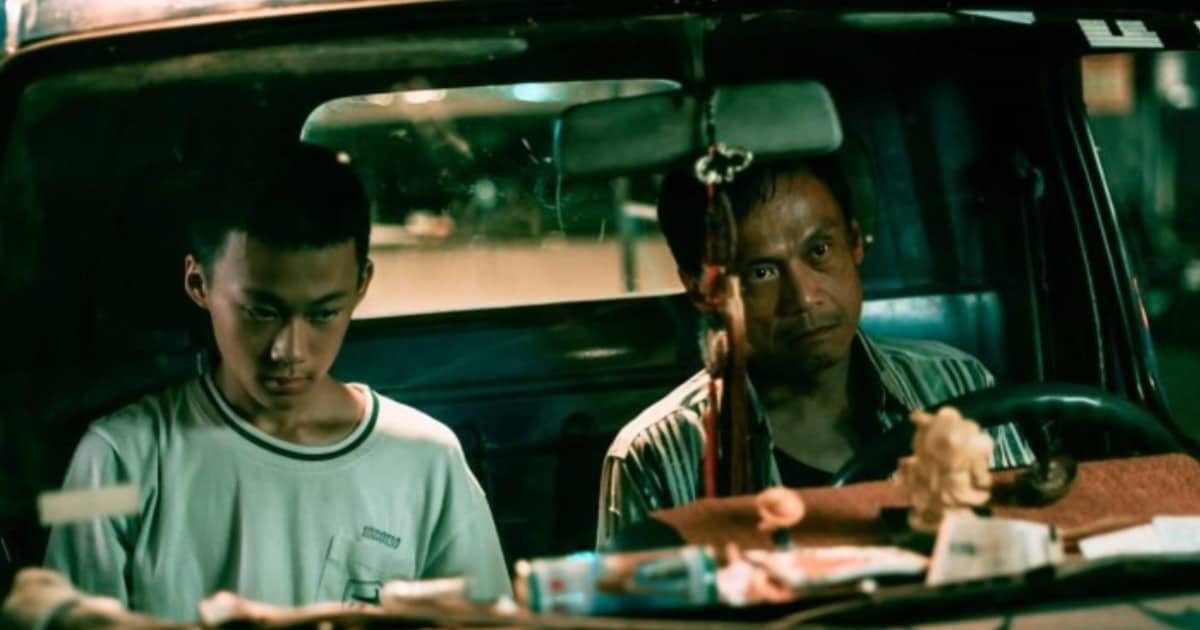 Based on a true story inspired by the past of Lin Po-yu, who wrote, directed and edited the film, “Growing Pains” is a film that could be described as a tribute to fatherhood.

Fourteen-year-old Yao is just growing up with his dad, Huang Reng-shiung, a diner diner, whose gambling addiction has left them in shambles. Yao, who is on her school’s athletics team, cannot afford new shoes, her father trying to fix them almost every night, but with no particular success. The bullying has already started at school, and one day the young man finds himself injured because of his damaged shoes. At the same time, Reng-shiung is hunted by loan sharks, who even call home and curse his son, but to no avail, as he can’t seem to stop playing. One evening, he decides to buy new shoes for his son despite everything, but things don’t go exactly as planned.

Lin Po-yu directs a film that makes a very interesting point, that while some people aren’t exactly decent as individuals, they can still be good parents, with the ending highlighting the self-sacrificing aspect of that remark. At the same time, the antithesis created by the fact that Reng-shiung is not a bad person, just a drug addict, with the consequences his actions have on his son, carries the narrative from beginning to end, also because that Yao takes his father’ behavior stoically, uncomplainingly, at least until he finally goes wild. Finally, and in a rather pessimistic commentary, Lin seems to be asserting that for some people there is no turning back, in the elements that are the main source of drama here. At the same time though, the ending isn’t exactly clear what point it brings given Yao’s fate, which dulls the quality of the context here.

Nonetheless, all of the aforementioned elements benefit the most from the acting, with Chen Yi-wen giving another great performance as the kind-hearted loser Ren-shiung, while the aforementioned inner torment and stoicness are showcased perfectly by Chen Chong. -en in the role. from Yao.

Wen Lau’s cinematography captures the various settings well here, with the athletic field, restaurant, and sports shop presented realistically. The climax of the visuals comes just before the end, with the blurring of what son and audience know happened perfectly for the scene. Lin’s own editing drives the film with a relatively brisk pace, which works well for the narrative.

Lin Po-yu probably needed a little more time to analyze his characters (and maybe mention what happened to the mother) but overall, “Growing Pains” presents his comments well, while benefiting both his visuals and his acting.