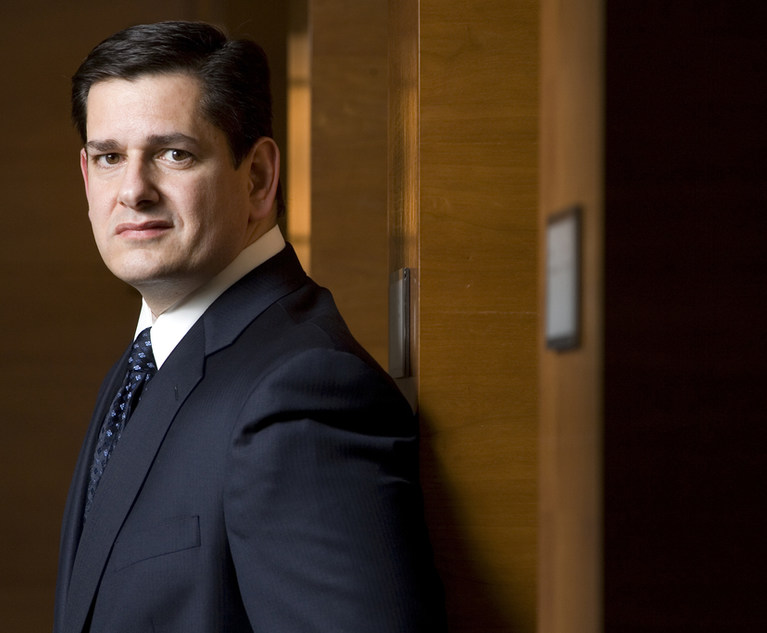 The curtain has closed on the blackmail and sexual abuse case against disgraced former General Counsel for the Motion Picture Association of America Inc., Steven Fabrizio.

Fabrizio was sentenced on January 7 by the Superior Court of the District of Columbia to a year in prison for sexually abusing and blackmailing a woman he met on an online dating site. He pleaded guilty in July 2021 to one count of blackmail and third-degree sexual abuse.

As part of the plea deal, Fabrizio will be on supervised probation for three years after his release from prison. He will also have to register as a sex offender for 10 years.

Prosecutors say Fabrizio paid a woman he met online $400 for sex, then began harassing her after she refused to see him again. After sending text messages threatening to tell her parents, employer and landlord that she was having sex for money, the woman agreed to another meeting, according to court documents.

At the second meeting, prosecutors say Fabrizio sexually abused the woman. He was arrested in August 2019 and subsequently fired from his role as GC at the MPAA. Later, after he pleaded guilty to sexual abuse and blackmail, the District of Columbia Court of Appeals temporarily suspended his attorney’s license.

Attempts to speak with Fabrizio’s defense attorney, Brandi Harden of Harden & Pinckney in Washington, were not immediately successful.

In an earlier statement, the MPAA described the charges against Fabrizio as “both shocking and intolerable,” noting that the trade association “had no prior knowledge of this behavior before these charges were made publicly.”

Karin Templea former senior attorney for the Department of Justice, is now chief legal officer of the MPAA.

As the MPAA’s top lawyer from 2013-2019, Fabrizio oversaw the trade association’s legal, content protection and global rights management programs, according to his LinkedIn profile. He joined the MPAA after more than a decade at Jenner and blockwhere he founded and co-chaired the company’s content, media and entertainment practice.

When the MPAA announced Fabrizio’s hiring in 2013, it called him “widely regarded as one of the leading copyright and content protection attorneys in the country, having represented the MPAA and its member companies for many years as lead external counsel”.

Earlier in his career, as senior vice president of legal and business affairs for the Recording Industry Association of America, Fabrizio led a case in 2013 that led to the closure of the original version of the music-sharing service in Napster line.

“One might think of recorded music as the canary in the coal mine”, Fabrizio previously told Corporate Counsel, referring to his fight against online piracy. “They were hit first.”