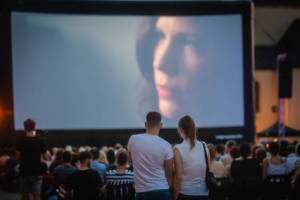 The films will be screened in three cities: Veszprém, Balatonfüred and Balatonalmádi. In the case of 20 films, this will be the first screening in Hungary.

The main attractions are the three movie premieres. The twisted spy movie The Game / A játszma by Péter Fazakas, who will open the festival, is the sequel to The review / A vizsga (2011) and is set in Budapest in the 1960s. The game was produced by Film Positive.

The romantic comedy Hello my life ! / Szia, Eletem! by Gábor Rohonyi and Csaba Vékes will also have its world premiere in Veszprém. It was produced by FilmSquad in co-production with Grund and Blue Duck Arts.

Musical documentary by director Gábor Zsigmond Papp Bereményi hat / Bereményi kalapja will also make its debut at the festival. The film about the influential work of the writer, director and songwriter Géza Bereményi was produced by Filmworks.

“The multitude and diversity of films selected for the festival show that the Hungarian film industry is in great shape,” Hungarian film commissioner Csaba Káel said in a statement.