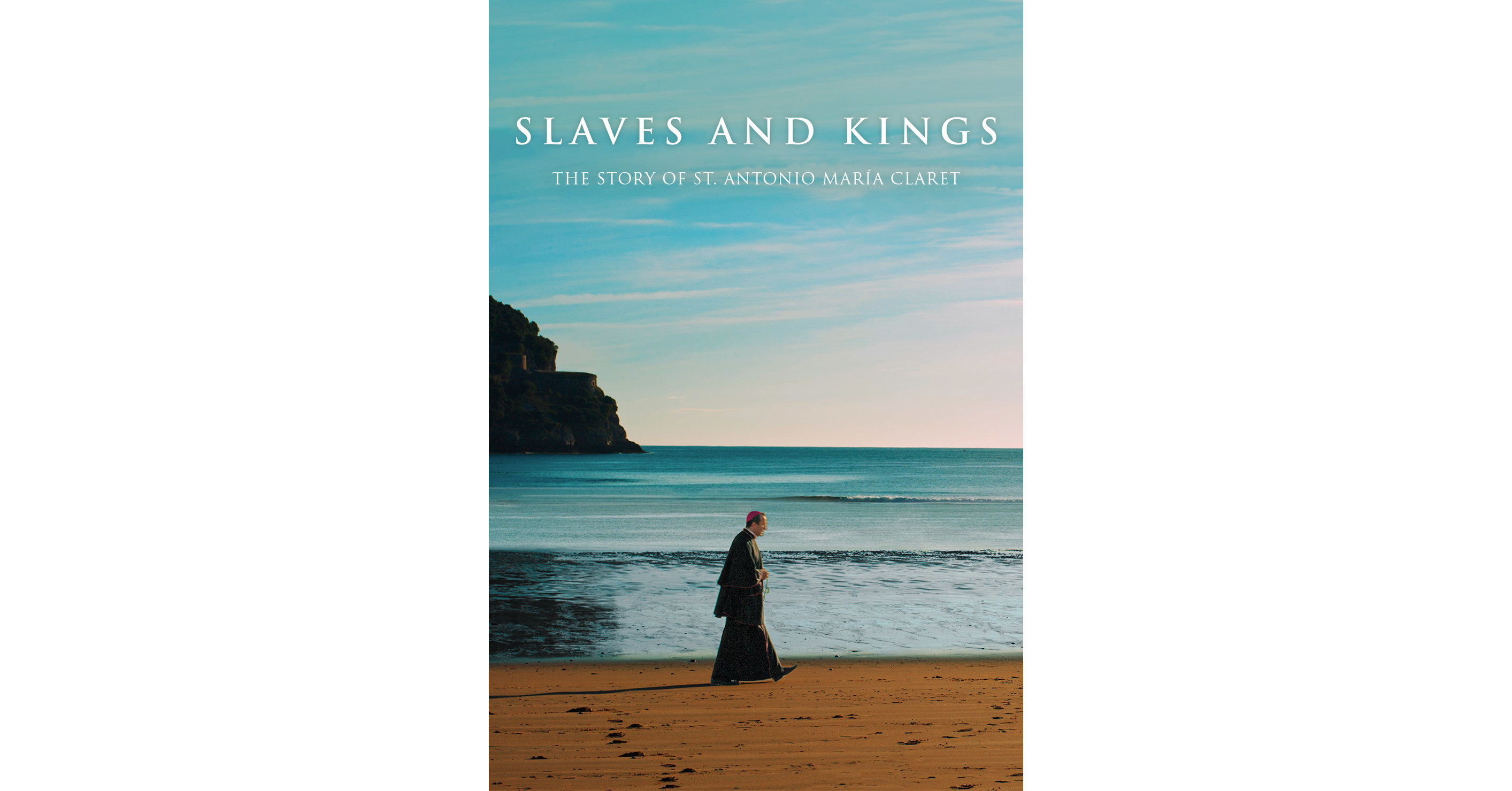 Tickets on sale now in English and Spanish via Fathom Events

This is the first time that Fathom Events has released a Catholic feature film through its distribution platform.

“We have had notable success with other Catholic content – ​​which until now has been in the form of documentaries,” said Ray Nut, CEO of Fathom Events. “Distributing this feature film about such an important figure in the history and life of Catholicism is a watershed moment for us and our ability to connect with Catholic audiences and beyond.”

SLAVES AND KINGS, set in the 1800s, is a film produced in Spanish that brings to the screen the gripping story of Saint Anthony Mary Claret, Spanish Catholic archbishop, writer and publisher, missionary and confessor of Queen Isabella II of Spain. Declared a saint in 1950, Claret is the founder of the religious congregation of the Missionary Sons of the Immaculate Heart of Mary, known as the Claretians.

“We are thrilled to bring another inspiring story of faith to American audiences and to be the first Catholic feature film to be released by Fathom is historic!” said Lucía González-Barandiarán, founder of Bosco Films. “SLAVES AND KINGS presents a Catholic hero, privileged friend of slaves and kings, steadfast despite persecution and whose story is largely unknown. It is important for us to look to those who exemplify heroic virtue and show us the way to faith in the midst of trials. We are so grateful to Fathom Events for this opportunity to bring powerful stories to American audiences.”

“Saint Antoine Marie Claret is a man of our time”, declared pablo morenoDirector of SLAVES AND KINGS. “Claret gave everything to defend the truth – he is an apostle, an intellectual, a missionary and a saint.”

As a member of Fathom Events experience, the filmmakers have included bonus content to allow audiences to go behind the scenes with the holy Catholic missionary who was congregation founder, reformer, chaplain to the Queen, writer, publisher and archbishop.

“Don’t leave after the feature film!” says Lucía González-Barandiarán. “We wanted to take the opportunity to develop the film and go behind the scenes of this powerful saint with the added bonus of commentary on his influence which reached the Canary Islands, Cuba, Madridand Parisand the Catholic press around the world.”

SLAVES AND KINGS coming to the theater is a wonderful opportunity to come face to face with a hero of Catholicism, a saint whose life of faith teaches Christians how to follow Christ in season and out of season. Parishes and groups are encouraged to purchase tickets in advance and use the film and its message in ministry.

Tickets for SLAVES AND KINGS can be purchased at Fathom Events or the box offices of participating theatres. For a full list of theater venues, visit the Fathom Events website (theaters and attendees are subject to change).

ABOUT SLAVES AND KINGS

In 1930, the writer and intellectual Azorín discovered a deception that had been propagated for almost 60 years: the life and works of the Spanish archbishop Antonio María Claret, founder of the Claretian Missionaries, had been falsified. SLAVES AND KINGSbased on real events, reveals the journey of this investigation that leads to the story, the thoughts and the authentic facts that led to the action of the one who was Archbishop of Cuba and later confessor of Queen Isabella II.

The Claretians are an international Roman Catholic religious congregation of 3,500 priests, brothers and seminarians serving in 65 countries around the world. Like our founder St. Claret, we are committed to the teachings of jesus christ and strive to meet the most urgent needs of God’s people in a timely and effective manner. The various ministries include education, downtown outreach, preaching, media, and immediate service to the poor and marginalized. For more information, visit claretiansusa.org

Based in the historic city of Ciudad Rodrigo (Spain), Stellarum Films was born in 2006 and has become a reference in film production at an international level. Since then director pablo moreno and his team have produced many high quality short films, shows, plays, video games, documentaries and advertising campaigns. Their work has been recognized with the prestigious international prize Mirabile Dictutheir co-production with San Pablo Editorial, Paul of Tarsus, the last journey, was nominated for Best Film at the XII International Religion Today Festival in Trento (Italy). In co-production with Les Clarétains, he directed the feature film A forbidden God and Bordeaux also called slaves and kings. Among his other cinematographic works are Liberty Red, Luz de SoledadandProveda.

BOSCO FILMS is a company born in 2017 with the idea of ​​bringing fresh air to the film industry. BOSCO FILMS seeks films of high artistic quality, with stories that uphold human values. Its interest is the cinema which invites to grow and to bring out the best in everyone, the cinema which marks the viewer as the most robust of trees: fresh, alive and at the same time which remains firm in the face of the passage of time. For more information visit boscofilms.es

Fathom Events is a recognized leader in the entertainment industry as one of the leading content distributors for movie theaters in North America. Property of AMC Entertainment Inc. (NYSE: AMC); Cinemark Holdings, Inc. (NYSE: CNK); and Regal, a subsidiary of the Cineworld Group (LSE: CINE.L), Fathom operates the largest cinema distribution network, delivering a wide variety of programs and experiences to moviegoers in all major US markets and in more than 45 country. For more information, visitFathomEvents.com.