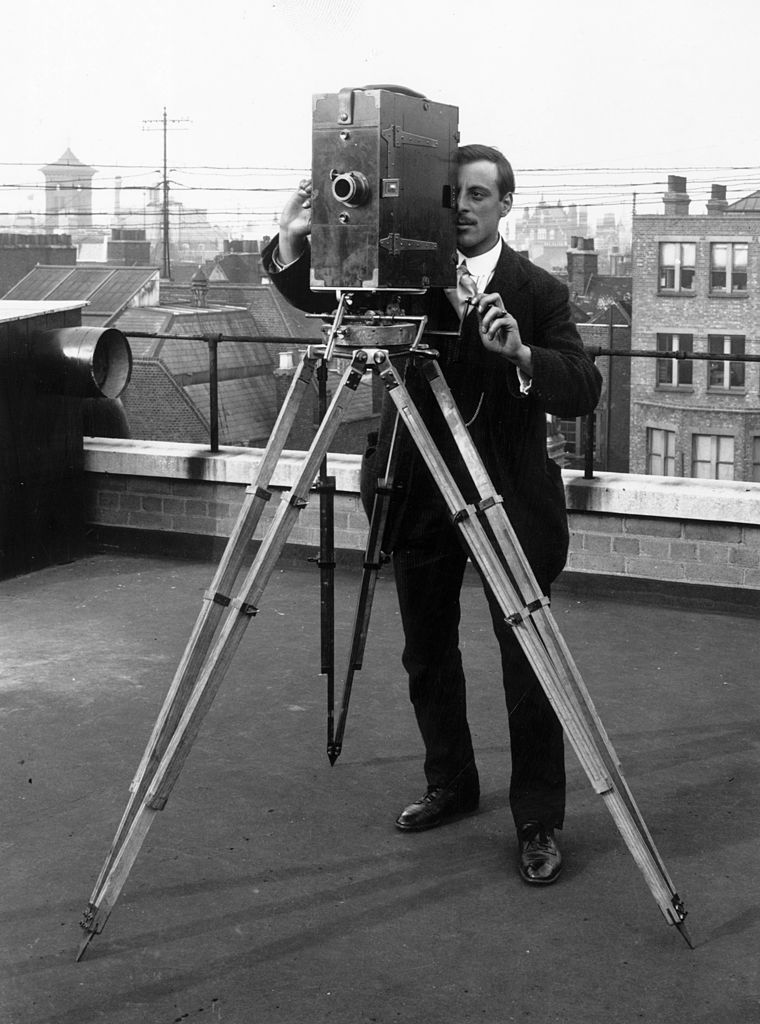 #EntertainmentTech: the story of the Kinetograph, the world’s first motion picture camera

Have you ever imagined life without movies? It can be quite difficult, especially if you are a movie buff. It’s been decades, but there really was a time when the idea of ​​movies or motion pictures wasn’t even possible.

How did all this become possible then? Many would tell you that it’s all down to inventor Thomas Edison and his Kinetograph.

(Photo: Thematic News Agency/Hulton Archive/Getty Images)
July 1, 1912: A Kinetograph camera, an early film camera, the original of which was patented in 1891 and designed by WKL Dickson working under Thomas Alva Edison.


The Kinetograph, to put it simply, is considered the world’s first motion picture camera. According to the Museum of Modern Art (MoMA) website, it was developed by Thomas Alva Edison in 1890 with the help of his assistant, William KL Dickson.

Although the Kinetograph was not the very first effort to produce a motion picture camera, what differed from previous attempts to create one was that it used celluloid film. It is also powered by electricity.

According to the Library of Congress website, the Kinetograph was initially based on the idea of ​​a phonograph cylinder, which was another Edison design.

According to the article, “tiny photographic images were affixed in sequence to a cylinder, with the idea that when the cylinder was rotated, the illusion of movement would be reproduced via reflected light.”

The Difference Between Kinetograph and Kinetoscope

Even the simplest Google searches for the Kinetograph will most likely mention another Thomas Edison invention, the Kinetoscope. So how do you tell one from the other?

According to EverythingWhat.com, while the Kinetograph is the world’s first motion picture camera, the Kinetoscope was “a personal viewing device that ran 47 feet of continuous film on reels between an incandescent lamp and a shutter”.

To put it simply, thanks to the Kinetoscope, it has become possible to watch cinematographic films. Think of it as a really old school movie projector.

Edison was finally able to file a patent for the Kinetograph as well as the Kinetoscope in August 1891.

Although the invention of the kinetograph and kinetoscope took place over a century ago, you can still find clips of early movies online, including those filmed using Thomas Edison’s inventions.

A popular example is actually the oldest copyrighted film in the world. According to the Library of Congress YouTube account, it’s called “Edison Kinetoscopic Record of a Sneeze.”

Other known as “Fred Ott’s Sneeze”, it was filmed by William KL Dickson in 1894. Fred Ott is an Edison employee who stars in the short film.

According to the Library of Congress’ YouTube, “The Sneeze was copyrighted as 45 frames of the film printed as positive prints on paper rather than as a film reel.”

You can watch the short film below:

Another example is the short film “Dickson Greeting”, which was filmed using the Horizontal-Feed Kinetograph’s experimental camera and viewer. According to the Library of Congress, a three-quarter inch thick film was used for this.