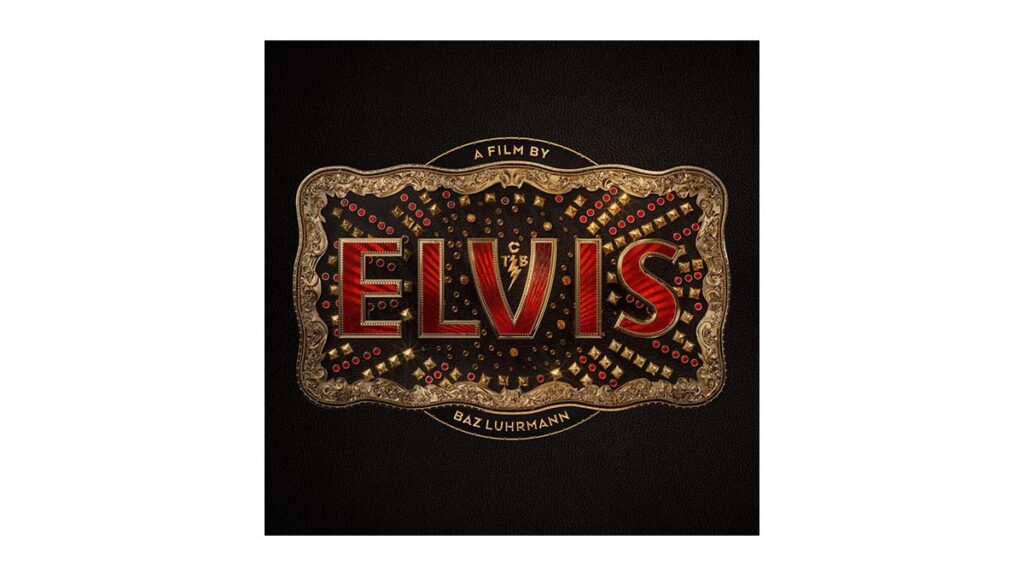 Undoubtedly one of the most anticipated films of the year, Baz Luhrmann’s ‘ELVIS’ hits cinemas today and is sure to be a box office hit. Starring Austin Butler (“The Carrie Diaries”) as Elvis Presley, the film tells the story of one of music’s most iconic entertainers and, as you’d expect, it’s packed with music. Lasting just under 3 hours, it’s no surprise that the accompanying soundtrack is an expansive collection of 36 songs that lasts almost 2 hours. A mix of Elvis recordings (refined for the film or remixed of course), songs by Butler and other stars of the film, and new tracks from current music stars, “ELVIS” is a veritable treasure trove in which dip.

I’ll admit up front that I haven’t seen the movie ‘ELVIS’ yet and that makes this review a little hard to do justice. Listening to ‘ELVIS’ cover to cover, it doesn’t seem like the most cohesive collection and it’s hard to see where songs by modern artists fit in. The project’s first single is ‘Vegas’ by Doja Cat, which sees rapper Shonka sample Dukureh’s version of ‘Hound Dog’, and it continues the experimental approach Luhrmann has taken with previous soundtracks including ‘Moulin Rouge’. ‘ and ‘The Great Gatsby’. The idea here is to show the huge impact that Elvis had on modern music and artists. It’s certainly interesting but how it’s used in the movie remains to be seen (at least by me).

Other new tracks on set include Eminem & Cee-Lo Green’s “The King and I” which samples “Jailhouse Rock”, Swae Lee & Diplo’s “Tupelo Shuffle” which samples “That’s Alright Mama” and “Product of the Ghetto” by Nardo Wick. ‘ which features Elvis singing ‘In The Ghetto’. There are also plenty of remixes, including Stuart Price’s version of “I Got a Feelin’ in My Body”, reminiscent of Junkie XL’s remix of “A Little Less Conversation”, and PNAU’s mix of “Suspicious Minds” and “Any Day Now”. ‘ for ‘Don’t fly away’.

Much has been made of Butler’s performance as Elvis in the film and he has three songs on the soundtrack. We hear his takes on “Hound Dog”, “Trouble” and “Baby, Let’s Play House”. It’s remarkable how much he looks like Elvis, and he certainly convinces with his rock’n’roll swagger and Elvis-esque growls. We hear Butler and Elvis together on “Vegas Rehearsal / That’s All Right” and it’s a prime example of the magic Luhrmann is able to conjure.

Of course, there are also plenty of Elvis songs to dig into. From the ’68 Comeback Special’ medley to new mixes of ‘Burning Love’ and ‘Polk Salad Annie’, the final part of the soundtrack really delves into the magic the King has created over the years. No one has come close to what they managed to do and to hear these songs again in these new forms is quite special.

It may be sprawling, but the soundtrack to ‘ELVIS’ shows the extent of the King’s influence. He has dabbled in so many musical genres in his career and hearing his songs alongside the artists he now influences is a unique and interesting experience. I can’t wait to see the film to understand how it all fits together but it’s without a doubt the most interesting soundtrack of the year!