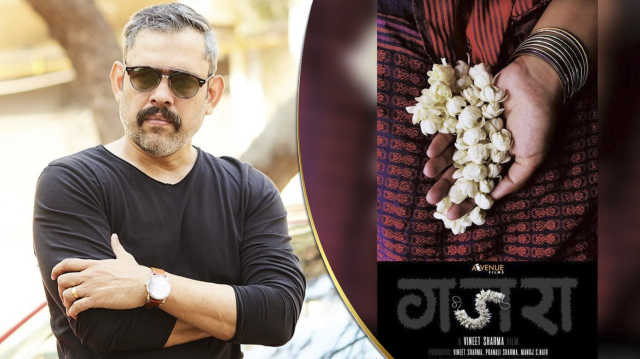 In a conversation with Cinestaan.com shortly before the latest edition of MIFF was held, the artist opened up about short film, his acting career and his ultimate goal of directing feature films.

Gajra is going to be shown at MIFF. How do you feel about this?

I am very grateful to the MIFF juries and the Film Division for giving me the opportunity to present my film. Before that, he was selected at the IFFI and there too he received a very good reception from the public as well as from the juries. So I’m really happy with all the praise my film is getting. I also plan to send it to the National Film Awards.

You also wrote this short film. How did the idea come to you? And when?

I lived in Chembur 25-30 years ago. There was a chawl in front of our building. And there was a couple in one of the houses. I used to notice that the husband always brought a gajra [a flower garland worn by women in South Asia] for his wife on his way back from his office. And his wife was patiently waiting for him at the door when it was time to go home. It was their daily life. His wife’s smile after he gave her the gajra literally used to vaporize all of his tension.

The gajra is a symbol of love and it is not at all about money. Most of the time, women don’t care about the price of your gift, what really interests them is your effort. These small efforts can eventually make a huge difference in your life. But sometimes we men don’t understand that. My film is about the importance of such small efforts.

What kind of preparations did you have to do for this short film?

I didn’t have a so-called star face in I’m 17, so I had to act there too. The writing and directing itself are Herculean tasks and I also had to act, which made it even more difficult for me. Therefore, I made a conscious effort to cast known faces for my second short. And so I chose Sachin Khedekar and Sonali Kulkarni in this film. Even though technically 17 marked my debut as a director, I would say Gajra is my real debut. The first movie was just an experiment to understand how this whole process works.

How did you select Sachin Khedekar and Sonali Kulkarni? Was it easy to convince them to be part of your short film?

Even at the writing stage, I was pretty sure that I wanted Monsieur Sachin in this role. I met him during the filming of Judwa 2, so we built a good relationship from there. When dubbing a movie, I told him the basic concept and he liked it. After almost a year and a half, I approached him again but with a well-defined scenario. He read it and called me within two days and immediately agreed to be part of the film.

I knew Sonali from our theater days. Because I knew them both personally, I had direct access to them, which made things a lot easier for me. And after they got on board, things went smoothly.

You’ve been acting in the Hindi film industry for over two decades, so how did you decide to become a director?

Directing has always been my destination, so it didn’t happen by chance. It was a conscious effort. I’ve been involved in the filmmaking process ever since I started acting in movies. Fortunately, I had the opportunity to work with some of the great filmmakers in the industry, so somewhere that helped me learn more about the art of filmmaking. I’ve also been a writer since my theater days and I’ve also written a few plays, so writing wasn’t new to me. So after working in the industry for over two decades, I thought it was the right time to finally begin my journey to reach my final destination.

Now that you have made two short films, do you plan to make a feature film?

Yes definitely. In fact, directing a feature film is my ultimate goal. I even have a script ready for a feature film, but I know no one will be willing to put their hard cash behind someone who hasn’t achieved anything before. These two short films are therefore like a showreel for these producers.

What’s going on with this feature?

In fact, I need a star face for this movie, unless I have one, I won’t start the movie. I tell the script to a few producers and artists, but nothing is concrete yet. Let’s see what happens. I hope things will settle down soon.

What do you have to say about your acting journey so far?

I am very satisfied with my career as an actor. I had the chance to start my journey with Mission Kashmir by famous filmmaker Vidhu Vinod Chopra. There was no turning back after that. I never had to ask for a job. So far, I have always received acting offers from filmmakers. My theatrical training also helped me a little.

What are your future plans?

I work in Riteish Deshmukh’s first directing company, Ved. I have a major role in this film. I am also starring in Sidharth Malhotra Mission Majnu (2022). There are also two or three other Hindi projects, but I can’t reveal much about them at the moment.