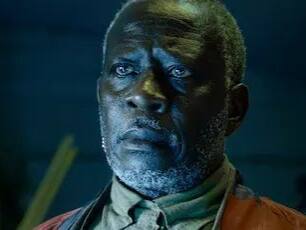 The old adage that good things sometimes come in small packages is about to be proven again. Film Fest Petaluma – a bustling local showcase of theatrical shorts presented by the Petaluma Film Alliance – once again takes over the Mystic Theater on Saturday, April 30, for a long day of exciting short film events. Film Fest Petaluma is North Bay’s only event where high school and college film students can share the stage with a panel of Academy Award-winning filmmakers from around the world – in between viewing nearly three dozen films in a single day .

A total of 35 motion pictures, lasting between one and 24 minutes, encompassing both animated and live-action works, will be screened before an in-person audience as the film festival, which is in its 14th year, rebounds from two disappointing seasons in which the popular event was either canceled or redesigned in a virtual format. The 2021 festival was entirely virtual, with a number of participating filmmakers zooming in on their appearances. The 2022 festival will be a return to normal, bringing together directors from the United States, South America and Europe, most of them taking part in on-stage interviews and Q&A sessions after the projection.

The basic format remains the same.

Four completely different programs will be offered during the festival, starting with a Matinee Shorts program at 12 p.m., followed by the Afternoon Shorts at 3 p.m., World Shorts at 7 p.m. and a slightly more avant-garde Late Night Shorts program at 10 p.m. The show is designed so that ticket holders have time to eat or drink on the side at McNear’s between programs. In addition to catching the works of Sonoma County filmmakers, attendees will be treated to films from more than a dozen countries, including a number of Academy Award nominees and recent Sundance Film Festival winners.

Local filmmakers, experienced and new, are well represented this year.

Sabrina Bomberg of Petaluma, of Casa Grande High School, will present the animated short “Made of Memories,” while Andrew Carniglia, Matty Denison and Rik van Hoorn of Sonoma County, all of whom are studying film at Santa Rosa Junior College , will be on hand to present ‘A Period in Time’, ‘Night of a Witch’ and ‘Lost and Found’, respectively. Former SRJC student Andrew Wynkoop will also be present, sharing a tasty little short film by horror entitled “The Nightmare Experiment”.

Emma Williams, another SRJC student, was selected as this year’s student script winner. Filmmaker Fabio Frey, who will premiere his new feature “My Dead Dad” on April 13 during the weekly SRJC Cinema series, is producing and directing Williams’ screenplay.

As far as guests from elsewhere go, the line-up Traina has created has a lot of cranking power.

‘Please Hold’, premiering as part of the 7 p.m. World Cinema program, is nominated for the 2022 Oscars by KD Dávila, about a young man whose life suddenly changes when he falls victim to ‘automatic justice’ . Dávila and writer/producer Levin Menekse will join in a post-program conversation after the screening.

“The Night Train” and “The Successful Thawing of Mr. Moro” are both from Swedish filmmaker Jerry Carlsson. The Chilean duo of Eduardo Bunster and Belén Abarza will be in town with a ‘cautious sci-fi fable’ named ‘Teo’, about a couple visiting a gene-editing clinic in the hope that the perfect child might be designed just for them.

Then there’s “Wold in Dude’s Clothing,” by Canadian filmmaker Solmund MacPherson, about a wolf who finds empty human skin in the forest and puts it on so he can rejoin polite society.

These are just a few of the many nuggets of cinematic invention that have been brought together to welcome local short film lovers back to theaters after a very long time.

Day passes are $35. Tickets for individual shows range from $10 to $15 and are available at Petalumafilmalliance.org and McNear’s Restaurant (next to Mystic). Programs are recommended for ages 14 and up (17 for the late show).

Visit FilmFestPetaluma.com for the full list of films and guests

The Movie – The Director’s Edition’ – TrekMovie.com