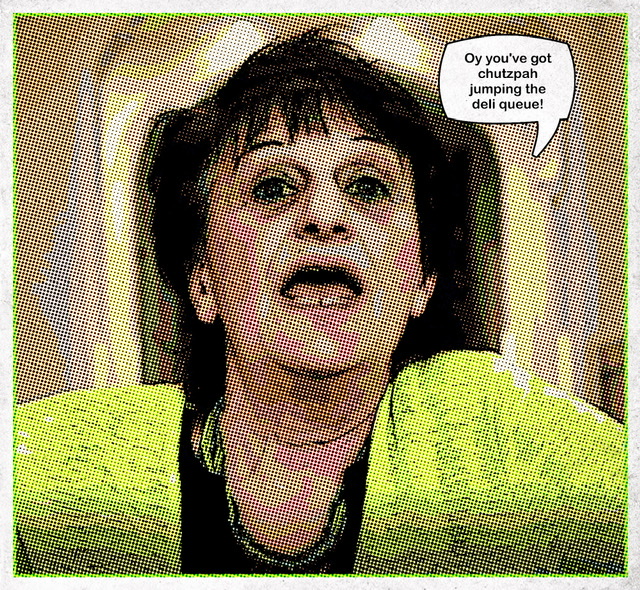 Alevai, a Yiddish short, will premiere at the Manchester Jewish Museum in November

On Thursday November 17, the Manchester Jewish Museum will host the Alevai Jewish Women’s Group for the premiere of their new Yiddish short film to accompany the launch of the North Manchester Yiddish Dictionary.

The dictionary was created in collaboration with actor Nigel Pivaro, who played Terry Duckworth in the top British drama series, Coronation Street and contains the Yiddish phrases and words commonly heard in North Manchester (but not so commonly understood) .
class=”m_4167765273878808500mcnTextContent” valign=”top” data-originalfontsize=”16px” data-originalcomputedfontsize=”16″>The screening of the fun short, directed by Salford-born filmmaker Rafe Conn, will be preceded by a live five Klezmer group plays, Manchester’s Klezmorim, and a short Yiddish show with wit and local artist Steven Pearlman.

Italian-born Nigel Pivaro, who is trying to get to grips with the slang of the language, unfortunately won’t be able to attend the premiere as he is currently starring in the musical ‘The Commitments’, but will present the film virtually on the night. , and says of the experience:

“I enjoyed and am excited about the potential of the project as it serves to shed light on a unique form of linguistics passed down from generation to generation. As an actor and journalist, I’m always interested in various forms of communication.

“We are incredibly thrilled to have the Alevai Jewish Women’s Group show their film here at the museum! It’s a warm, charming, and often comical insight into how these women use Yiddish and bring the emotions and meanings behind the terms to life. The film feels like you meet these women and get to know them as they invite you into their homes and lives, this is not to be missed! A true celebration of the language and some of the people who bring it to life and evolve!

The film, which is part of the larger Bury New Road Heritage project, with support from the National Lottery Heritage Fund, the Granada Foundation and Mary Monson Solicitors, shows women in the group trying to explain local, mostly hidden, Yiddish words , in slang, making a Friday evening supper and sharing family anecdotes related to the Route and beyond.

‘Alevai’ will premiere at the Manchester Jewish Museum on Thursday, November 17 (doors open at 6pm for a 7pm start).

10 series of Netflix short films: where and when to watch for free?