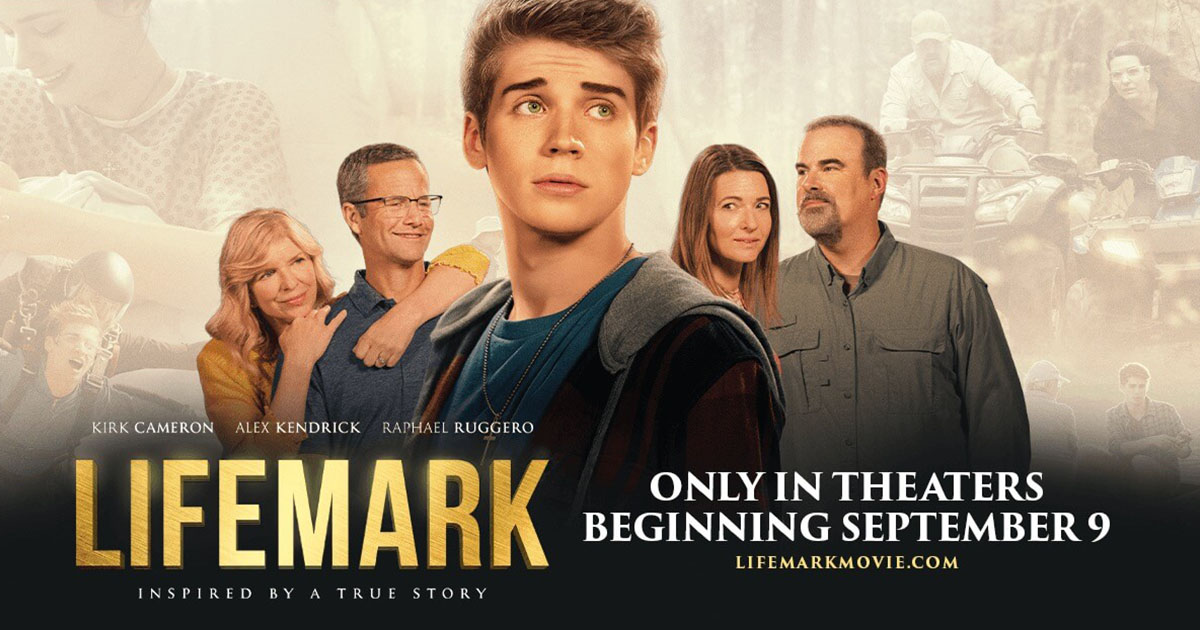 “Lifemark,” a film that will be released on September 9 in select theaters in the United States and Canada, tells the story of three families brought together by adoption. The film is based on the short documentary “I Lived on Parker Avenue” (2017), in which lawyer and speaker David Scotton shares his experience as an adopted child reconnecting with his biological family. LCMS Life Ministry has developed resources to help viewers interested in further study and discussion of the issues raised in the film.

In flashbacks, the audience learns that David was adopted by Jimmy and Susan Colton (Kirk Cameron and Rebecca Rogers Nelson) after being abandoned by Melissa (played as a high school student by Marisa Hampton). As David faces changes in his personal life and prepares for a speech contest on the value of family, he ponders questions about his identity and his future. Ultimately, David connects with his biological parents and learns “what it means to be adopted.”

While adoption is central to the film, abortion figures prominently. After Melissa and David reconnect, they visit the now-closed abortion clinic Melissa went to when she found out she was pregnant, and Melissa tells David about the day he nearly died. Abortion references are not graphic, but parents may wish to prepare their teenagers before allowing them to see the film.

David’s experience of meeting his birth family leads him to see the beauty of adoption and become an advocate for life choice. Prayer is present in the film. Families, churches and youth groups viewing the film will have the opportunity to talk not only about adoption but also about vocation, family, abortion, suffering, repentance, forgiveness and the gift of life of God.

“Lifemark,” rated PG-13 for subject matter and themes, was produced by Stephen, Alex and Shannon Kendrick and Kirk Cameron and directed by Kevin Peeples. It has a runtime of 120 minutes.

To download a discussion guide and Bible study on the topic of adoption, visit the Lifemark resource page.

Kootuprathi is an enjoyable short film circling a conversation