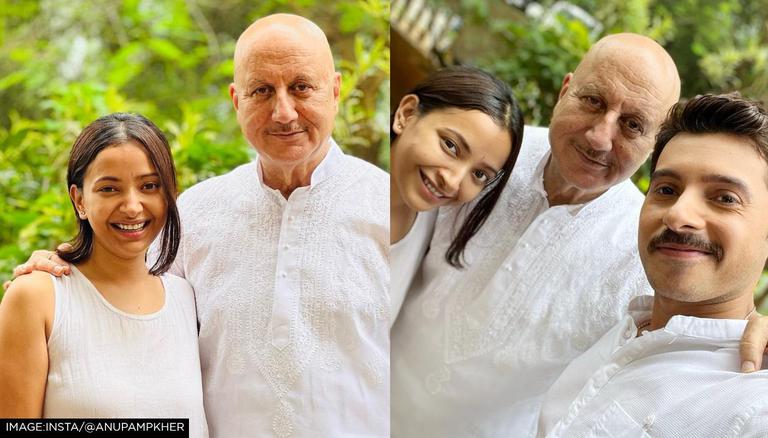 Anupam Kher, who has a slew of interesting films in the works, recently announced their 530th project named To resume. The Kashmir Files The hitmaker shared a special post dedicated to the team behind the short film, which was written and directed by Shweta Basu Prasad, and also stars Zarina Wahab, Divyendu Sharma and Danish Hussain in key roles. In his post, Anupam shared a series of photos with the team, mentioning that he was delighted to have worked with “enthusiastic and young people”.

Using her Instagram handle, Kher shared on-set photos where the film’s director and cast can be seen wearing matching white outfits. He also dropped a glimpse of the shingle detailing a scene. In the caption, the actor wrote, “My 530th project is a short film titled #Retake. Written and directed by the extremely talented @shwetabasuprasad11 and produced by @applausesocial! It’s a pleasure to work with #ZarinaWahab #DivyennduSharma #Danishhusain and the enthusiastic young team. Loved working with them! Thank you friends for your love and warmth. Jai Ho! #Retake #530th #ShortFilm.” Looked.

Reacting to her post, fans dropped comments like, “Lovely. Looking forward to the beautiful moment” and “Congratulations,” among others. Shweta Basu responded to Anupam’s compliments and wrote, “Thank you sir! You are such a pleasure to work with. Such an honor. (sic)”

Learn more about the work of Anupam Kher