Titled Vamsama Paasama, the film is the brainchild of teacher, counselor and theater practitioner Sujatha Balakrishnan.

Title Vamsama Paasama, the film is the brainchild of teacher, counselor and theater practitioner Sujatha Balakrishnan

Sujatha Balakrishnan describes himself as “64 years old”. She sounds bubbly and her voice overflows with energy. Sujatha dons many roles. She is a wife, mother, and grandmother, and professionally, she is a teacher, counselor, and theater practitioner. In 2014, she launched Theater For Change.

“The goal was to use theater to address issues and create awareness of our social responsibility,” says the teacher, who trained as a counselor in the United States. “I volunteered at a school there and observed that children with special needs were an integral part of society. Even a child in a wheelchair attends an ordinary school. We need to learn these things from the West and not just imitate bad things. A still from the movie

Sujatha goes on to add, “We normally think that children with special needs lack emotions and feelings. We are so wrong. When I returned to India, I always wondered, why can’t they attend regular schools and become an organic part of our society? I am not against special schools. They do a brilliant job. These schools, however, tend to isolate children from the rest. And as a psychologist, I feel like it affects them,” says the counselor, who has fought hard for special children to be included in the mainstream.

“We talked about it in our pilot project, a skit called UdaanI, which was staged at the Orion Mall Amphitheater. We also cast a child with borderline autism to play the protagonist, as I felt it wasn’t fair for someone else to play the role. We were ridiculed for this choice, but we were adamant. Even the public was amazed at the brilliant work the child did”.

His latest project is a Tamil film, Vamsama Paasama. “It means love or lineage in Tamil. The film depicts the challenges faced by the protagonist, Lakshmi, in a patriarchal society. The film dismisses the myth that parents reach moksha and the lineage only grows if a male child lights the funeral pyre of the deceased parent. The protagonist also had an abusive childhood and yet has the courage to live her life on her terms.

The film, Sujatha says, is loosely based on her life. “When I lost my father, I was told not to go to the crematorium. As a rebel, I not only went to the crematorium, but also lit the stake with my brother. I said that I was also my father’s daughter and that I had the right to light his pyre. This was my first act of defiance. I’m not a hardcore feminist, but I do believe in gender equality.

Sujatha received a Lifetime Achievement Award from the Ooruni Foundation for her work. 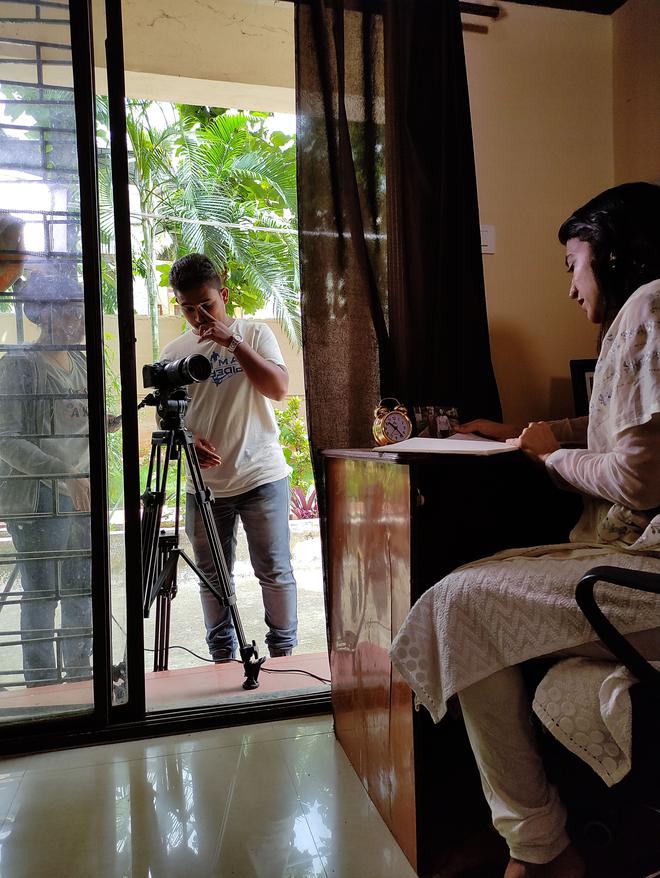 The making of the movie

Most of the themes she tackles on stage and on screen are ideas practiced by her and her family, she says. Most of the actors include actors from the Bengaluru theater fraternity. The short film has been selected to be released online, but dates have yet to be announced.

Being a psychologist also helps, says Sujatha, because it also teaches you to listen to the other side of the story.

Besides Sujatha, the film features Lakshmi Sunil, Sridhar Ramanathan and Chand Belani and is directed by Lakshmi Sunil. Vasudha Prahalad is the cinematographer and the film is produced by Chand Belani Productions and Theater for Change.

#EntertainmentTech: the story of the Kinetograph, the world’s first motion picture camera