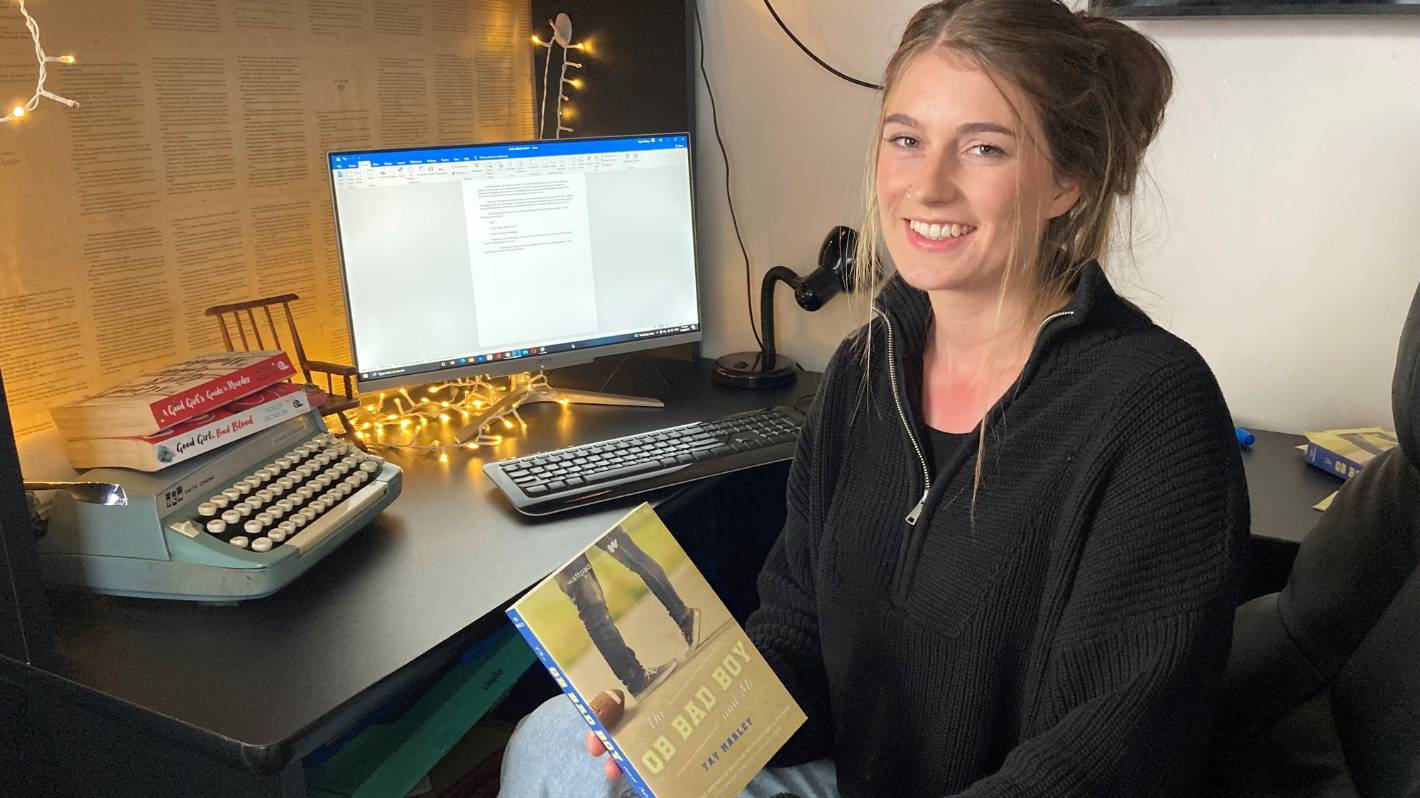 Writer Manawatū Tay Marley has his book The QB Bad Boy and Me turned into a movie.

The 29-year-old, who writes from her home in Pahīatua, will see her book The QB Bad Boy and Me turned into a film starring one of social media’s biggest young stars.

The love story between a cheerleader and a quarterback has 31 million reads on the online storytelling site Wattpad and was published in book form in 2019.

Production on the film begins in August, with social media star Noah Beck signing on to play quarterback.

Marley said she thought Beck, who has millions of social media followers, was a perfect fit for the role.

“As soon as they told me I was actually very happy because he fits the description of the character very well, and I think he will do a very good job.

“He definitely has the manners, the personality and the confidence. I think it will capture the character quite well.

Beck’s huge audience fit well with the demographics Marley wrote for, and she believed he would bring some of that audience to the film as well.

It was produced by Creator+, a new streaming service that had partnered with Wattpad.

Marley had read the script and given some feedback, and was hoping to travel to Vancouver to be on set when the film was made.

With one of her stories on the way to the big screen, she hoped it wouldn’t change the way she wrote.

“There is a huge difference between a film story and a book story. So I try not to let that influence my writing at all.

She continued to post stories on Wattpad, which she considered a good way to keep in touch with fans and get instant feedback.

Those fans were excited about the film version, as was Marley, who said her story would be a movie was completely unexpected.

“Obviously every author is like ‘oh how cool would it be if my book were adapted’, but you don’t really expect that.

“It’s kind of one of those distant fantasy dreams.”