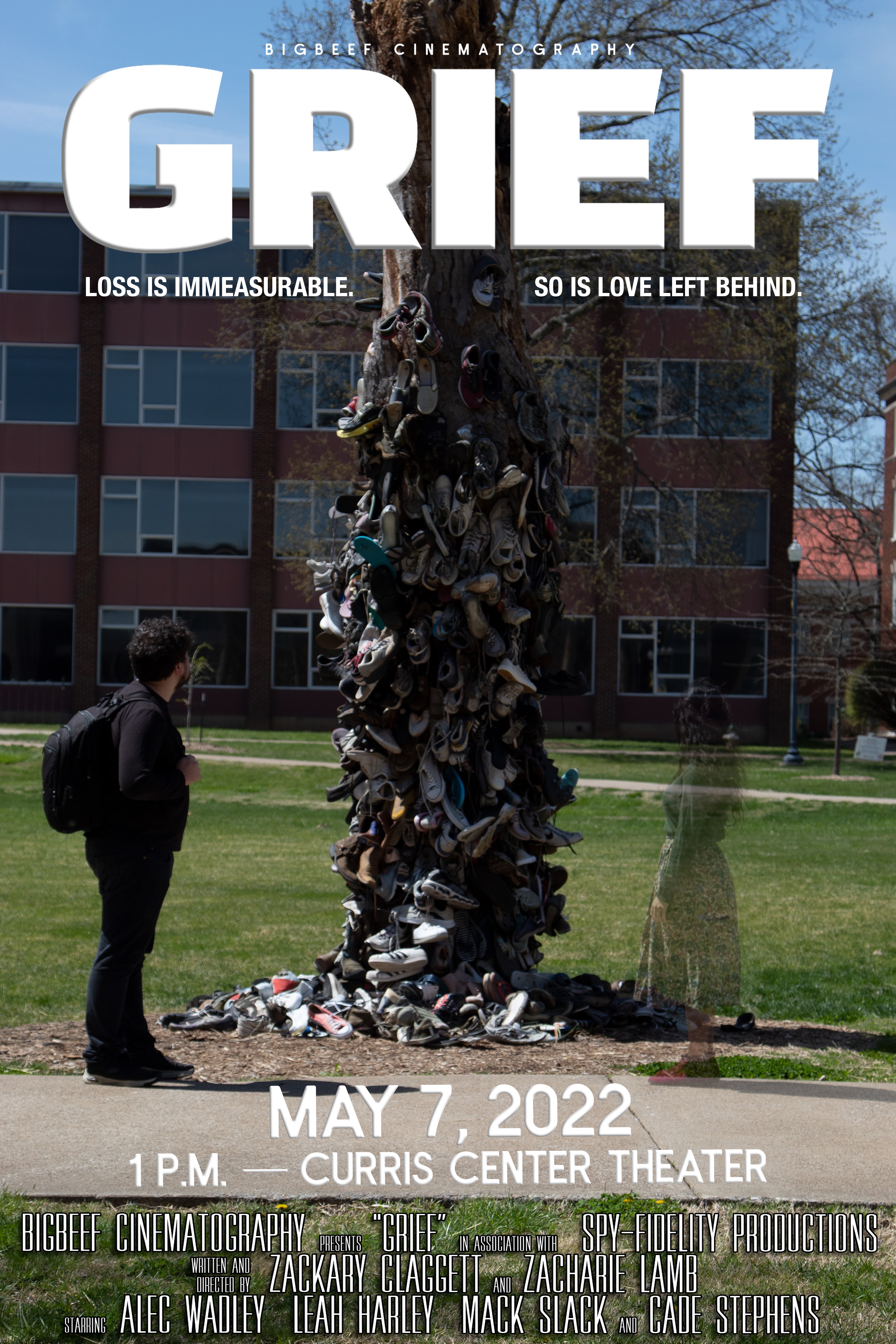 A group of students prepare the premiere of a short film

The TV Club will premiere its short film, “Grief,” at the Curris Center Theater on May 7 at 1 p.m.

At the end of each school year, TV Club usually presents the short films they made during the fall and spring semesters. However, the pandemic has derailed this tradition for two years.

The short film, which will be free and open to the public, explores the five stages of grief. Jayson, the film‘s protagonist, is a student who attends therapy sessions while struggling to cope with the death of his girlfriend.

“It’s been so awesome, because I’m a freshman myself, so I never expected to be in a position like I’m in now,” Lamb said.

Lamb said the goal when writing the film was to humanize the subject of grief, so it’s not as difficult for people to discuss it.

“The goal was to create a very human and honest portrayal of grief,” Lamb said. “There’s no generic way to do this.”

Junior Music Major Alec Wadley, who plays Jayson, was featured in the recent Theater Arts Program production of “Murder on the Orient Express” alongside Lamb. “Grief” is Wadley’s first experience in front of a camera, despite appearing in several live theatrical performances.

“It was instructive to not only know how to act, but also to see what is happening behind [the camera]”Wadley said.

Psychology major Leah Harley, the film’s female lead, said she was honored to be a part of the project.

“My experience directing the film was an absolute blast,” Harley said. “It’s a lot of work, because we all sacrifice a lot of our time to do it, but every shoot has been so fun and light.”

Harley said the film is relatable because everyone will cry or have cried at some point in their lives.

“I hope everyone understands the importance of hugging the ones you love a little more, because you never know what day will be their last,” Harley said.

TV Club president Ashley Jones said a lot of things needed to be done for the film to happen.

At the end of each school, Jones said it was exciting to present a short film again at the Curris Center.

“I encourage students and other members of the campus community to get out there,” Jones said. “It means a lot to students to see the work they’ve done being shown on the big screen and people coming and watching.”

Lamb added that interested students should be on the lookout for other TV Club projects.

“We have more plans in the future to do shorts with the same team, and there have been a lot of brilliant ideas for the next semester,” Lamb said.